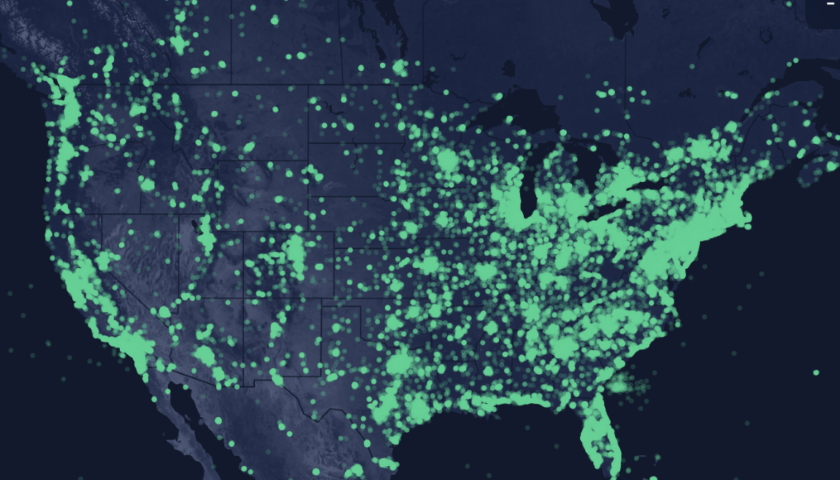 FreedomFi provided Nova Labs with the expertise in telecommunications that it needed to make the Helium Network successful.

Nova Labs, the founding team behind the peer-to-peer, decentralized Helium Network has acquired FreedomFi. FreedomFi is already integral to the Helium Network as it currently provides software and small cell hardware for Helium’s incentivized 5G network.

FreedomFi Gateways are a consumer-deployed connectivity device, which pairs with 5G antennas and interoperates with the Helium Network, allowing gateway hosts to mine HNT, the native cryptocurrency of the Helium Network, by providing 5G cellular coverage.

Since becoming the first company to introduce and receive community approval for Helium 5G in 2021, FreedomFi has demonstrated further commitment to the incentivized model. The company, for instance, launched the world’s first Helium-compatible cellular base station, and then established a program called “powered by FreedomFi” that works with hardware and small cell vendors to support them as they build similar products for the Helium ecosystem.

According to Nova Labs COO Frank Mong, FreedomFi “really sunk their teeth into the Helium ecosystem” from the beginning. “They were very like-minded from an ethos perspective,” he told RCR Wireless News. “They believe in internet access for everyone in a very equal and approachable way. They were just going at it from a telecommunications perspective.”

And that is precisely what FreedomFi can offer here: The telecom angle. “When we launched the IoT network, we literally spent five years learning IoT,” Mong continued. “We haven’t had the same time and ability learn go telecommunications.” But when FreedomFi co-founder and CEO Boris Renski and his team proposed applying HNT to telecom, Nova Labs thought it was a great idea.

Mong acknowledge that they needed FreedomFi’s expertise in this area to execute something like that, and after working with the company for several years, realized the benefits of becoming a single company.

FreedomFi, too, had to learn an entirely new market, as Renski explained to RCR Wireless News. “When we started our 5G journey, the focus was exclusively on… building open-source tech to… make it cheaper [and simpler] to deploy private 5G and LTE networks using CBRS spectrum.”

He added that crypto was not part of the plan; instead, the company expected to go agter the enterprise market, as many in the sector have done and are continuing to do. “Having spent some time in that space and having dipped our toes into the crowdsourced 5G opportunity, it became pretty clear to us that the amount of disruption [possible] in this space is much greater than what we can have in the arguably crowded private 5G space.”

So, he stated, FreedomFi “leaned in fully.”

The pair revealed that there are approximately 2,600 5G/LTE radios active and registered on the Helium Network and that FreedomFi has shipped out between 10,000 and 12,000 gateways. These numbers, they say, suggest that the network is growing at an impressive rate.

“Both teams believe we are doing this for the greater good. We are not here to compete with the established telecommunications entities; we are here to compliment and add to them,” said Mong. “There are people out there who still cannot connect. Period. And we want to solve that. As we move forward, we believe we are going to do this at an increasingly fast pace that the industry has not seen.”

All of the FreedomFi team members will be joining Nova Labs, with FreedomFi co-founders, Boris Renski and Joey Padden, leading Nova Labs’ future expansion into the telecommunications space.