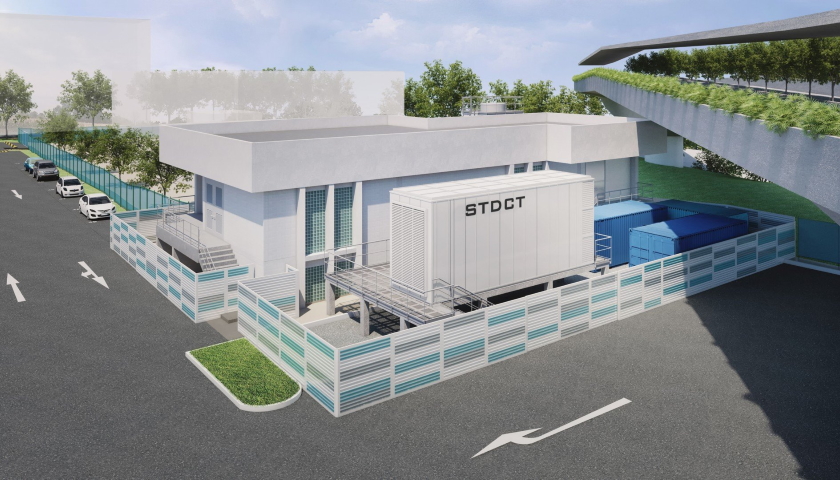 The Singapore government and Facebook are funding a $17 million (S$23m) project to deal with the urgent need for data centers which can be operated sustainably in tropical climates.

A Sustainable Tropical Data Centre Testbed (STDCT) will test novel cooling techniques at the National University of Singapore (NUS), in the hope of enabling facilities that can be operated without draining Singapore’s electrical grid. The need is urgent because it has been widely reported that Singapore’s data centers already use seven percent of the country’s grid power. Although demand is surging, the country is operating a moratorium on new developments.

The testbed will start operation by 1 October 2021.

Solve tropical cooling!
Singapore supplies about 60 percent of the data centers in Southeast Asia (a region which does not include the large hubs in China, India and Japan). That figure comes from the National University of Singapore (NUS), which is running the project, along with Nanyang Technological University, Singapore (NTU). Data from 2014 found that data centers used seven percent of the nation’s electric power, which is still largely generated from fossil fuels. Singapore has limited scope for solar power given its small land area.

Given that the island of Singapore’s very existence is threatened by global warming and rising sea levels, the government imposed a moratorium on new data centers in 2019 but did not confirm this publicly till early in 2021 given the significance of the digital markets to the city-state’s economy and position in the region. In 2017, the Singapore government funded a project with Keppel and Huawei to test the idea of a multi-story data center for tropical needs.

Now, the government’s National Research Foundation (NRF) is backing a testbed to develop innovative cooling systems, which will keep data centers operational without spending precious energy on removing heat and humidity, both of which are major problems in Singapore. The initiative is supported by the Infocomm Media Development Authority (IMDA).

The other major backer is Facebook – which has chosen Singapore as its Asian base. It announced a giant 11-story data center in Singapore in 2018, just before the government halted new projects. Facebook says the 150MW facility will have a power usage effectiveness (PUE) of 1.19, impressive for the region. It will use the StatePoint liquid cooling system which Facebook developed jointly with Nortek, and will also benefit from two solar power purchase agreements (PPAs) with local company Sunseap – one for a 100MW distributed solar farm on rooftops, and another for an offshore floating solar farm

Other partners include Ascenix, CoolestDC, Keppel Data Centres, New Media Express, and Red Dot Analytics. The project will be curated by the Cooling Energy Science and Technology Singapore (CoolestSG) consortium which is based at NUS. The program will be led by associate professor Lee Poh Seng from the NUS Department of Mechanical Engineering, together with professor Wen Yonggang, associate dean (Research) at NTU’s College of Engineering.

The testbed will be built at the NUS Kent Ridge campus and will hold technology such as a novel desiccant-coated heat exchanger design and the StatePoint system, which Facebook and Nortek designed for tropical locations.

The project will also look at innovative chip-level hybrid cooling, and management using artificial intelligence (AI) and digital twin modeling. As well as water and power efficiency the project hopes to extend the useful life of data center equipment.

The project will include Air-Cooled Tropical Data Centre 2.0, an update of the 2017 project, led by associate professor Tan Rui, which will test raising air temperature and humidity levels to reduce power consumption.

Professor Seeram Ramakrishna will test whether a desiccant-coated heat exchanger can improve indirect evaporative cooling in tropical climates. He will test the technique under real operating conditions to encourage risk-free adoption of the technique.

Direct chip hybrid cooling will be tested by professor Lee. He will use an integrated hybrid heat sink that handles air and liquid cooling and eliminates connectors and ducts. This could improve reliability, as the air-cooling system can be used during water-loop maintenance.

The project hopes that all these technologies combined could reduce the energy usage of the data center industry by 40 percent if they are adopted across the whole tropical region. Given the high fossil content of local electricity, this would reduce greenhouse gas emissions by up to 25 percent.