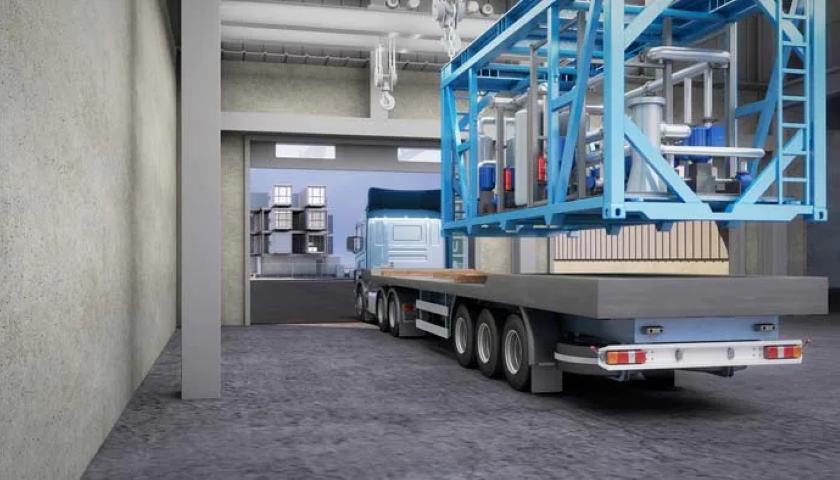 Rolls-Royce is planning to offer small nuclear reactors to US-based cloud operators so their hyperscale data centers can have net zero emissions and be independent of the electric grid, according to media reports.

Small modular reactors (SMRs) are under development by a consortium led by Rolls-Royce, and could potentially power data centers or other infrastructure that needs a steady supply of low-carbon energy, which may not be available from the local electricity grid. However, they will not be available until at least 2030.

The story surfaced as UK premier Boris Johnson promised that Britain’s electricity grid will be carbon-free by 2035, and told the media that this would require nuclear power as part of the country’s baseload electric grid.

Rolls-Royce is talking to Amazon and other US cloud providers about the possibility of using a proposed small modular reactor, currently under development with UK government funding, according to a story in the Daily Mail.

The SMR project is a consortium led by Rolls-Royce, which received £215 million from the UK government in 2020 to develop a design for a Low Cost Nuclear (LCN) reactor. The proposed design is a 470MW power plant that can be built in Rolls-Royce factories and delivered on-site in modular form, and could be available by 2030.

According to Rolls-Royce’s site, the SMR “takes advantage of factory-built modularisation techniques to drastically reduce the amount of on-site construction and can deliver a low-cost nuclear solution that is competitive with renewable alternatives”.

The promise is for long-term, guaranteed, low carbon power which can support baseload without the variability of solar and wind power. This will help support the decarbonization of industries, including – at least according to the Mail’s story – data centers.

“Our SMR program has been designed to deliver clean affordable energy for all and does so with a revolutionary new approach aimed at commoditizing the delivery of nuclear power through a factory build modularisation program,” said Tom Samson, CEO of the Rolls-Royce SMR Consortium in July.

The Mail quotes a source saying: “A number of major companies have set low-carbon or green targets for securing their power, and rather than just buying a contract they’re thinking: plug an SMR into a data center and you’ve got full availability of low-carbon power. This is partly a way to keep shareholders happy.”

Rolls-Royce has not yet responded to DCD’s request for more information.

Alongside this project, both Rolls-Royce and Cavendish are involved in a similar project to build an Advanced Modular Reactor (AMR), called U-Battery. This is also aiming to deliver reactors built in factories, with a capacity of around 10MW, by the 2030s. Last week U-Battery demonstrated a mock-up of its reactor vessel and heat exchangers, as a milestone towards delivery of an actual system.

Large nuclear for the UK grid?

Meanwhile, nuclear power hit the news as Boris Johnson brought a promise to the Conservative Party conference to decarbonize the UK electricity grid by 2035. This will be a tough promise to meet, as the UK invested heavily in gas-fueled generation in the 1990s, and will need some sort of baseload generation to replace it.

Boris Johnson told a BBC radio interview that the UK’s electricity grid would need more nuclear power to meet that target: “We do need to go forward with more nuclear power. I do think it should be part of our baseload, a big part. And that’s why yes, of course, we’re looking at Wylfa and lots of other projects.”

The UK government previously abandoned plans in January for a new nuclear power plant at Wylfa in Anglesey, Wales. However, in an interview earlier this week, the Prime Minister said the possibility of new nuclear power at Wylfa was on the table again.