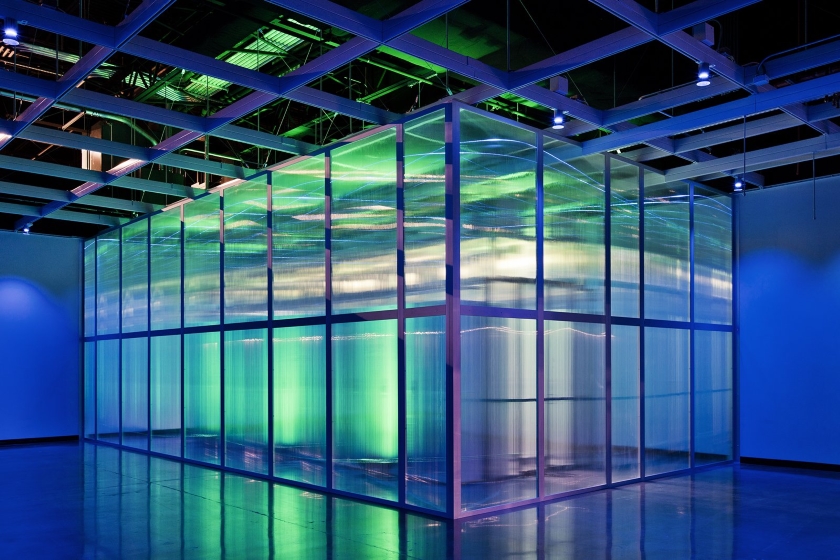 Aligned uses a “cooling array” (a wall of fans) to maintain temperatures in its four facilities. The technology is well suited to hyperscale customers, because it allows high densities and can be expanded on demand. The company recently took a $650 million loan tied to sustainability.

“The technological improvements we’ve made on our patented Delta3 cooling system are game-changers, enabling even greater vertical densification and more efficient use of space and infrastructure to support our customers’ on-demand capacity growth,” said Aligned CEO Andrew Schaap.

The technology can scale up to support up to 50kW per rack without hotspots or wasted cooling capacity, which also improves sustainability. As Schaap told DCD in an interview earlier this year: “No one starts out with 800W per square foot. I can start a customer at a lower density, say 100W per square foot, and in two years, they can densify in the same footprint – 400W per square foot all the way to 1,000, without any disruptions to their business.”

It’s also simple: “Our customers don’t need to worry about exotic cooling solutions or CRAH / CRAC systems with a large number of moving parts to maintain. Aligned’s Delta Cube has one moving part.”

In September, Aligned signed for a $1 billion senior secured credit facility which is linked to environmental targets. The company has a $650 million term loan, a $100 million delayed draw term loan and a $250 million revolving credit facility from financial houses including Goldman Sachs, Citizens Bank., Deutsche Bank and Nomura. The financing is tied to sustainability performance indicators, including a commitment to match 100 percent of Aligned’s energy consumption to zero-carbon renewable energy by 2024, transparent sustainability reporting, and a workplace safety record.

Aligned says this is the first US data center financing deal to be linked to sustainability. It separately announced its pledge to use 100 percent renewable energy, in February 2020.

Aligned is currently working on an expansion to its campus in Ashburn, Northern Virginia, which will eventually offer a million square feet of space and 180MW of capacity. It’s also working on a second facility at its Utah site, adding 48MW to the existing 34MW.