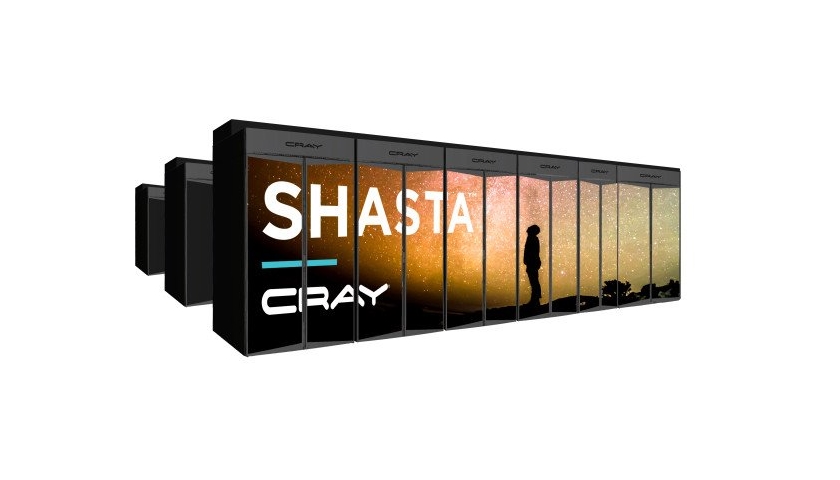 The system will aide in hurricane and engineering research.
The US Navy will get a supercomputing system installed as part of the Department of Defense (DoD) High Performance Computing Modernization Program (HPCMP).

The new 12.8 petaflops Cray Shasta supercomputer will be the first machine in the program to provide over ten petaflops of computing power to DoD scientists, researchers, and engineers.

The system will be housed and operated at the Navy DSRC at Stennis Space Center, Mississippi. Were it to launch today, it would be among the top 25 supercomputers in the world, according to the ranking site, Top500. The system is expected to be online by early 2021.

Rear Admiral John Okon, the head of Navy Meteorology and Oceanography Command, said: “The investment and increase in supercomputing power at the Navy DSRC at Stennis Space Center is absolutely critical to Naval Oceanography.

“Naval Oceanography’s ability to be the Department of Defense’s authoritative source for characterizing and applying data of the physical battlespace into a decisive advantage for naval, joint and allied forces hinges on the continual upgrade and advancements in high-performance computing from the HPCMP.”

The system will also feature 590 total terabytes (TB) of memory and 14 petabytes (PB) of usable storage.

The HPC will support the DoD’s various scientific and engineering divisions to look at aircraft, ships, and environmental modeling.

The new Cray computer will also be used on weather forecastings such as tracking hurricanes and their intensity.

Navy workhorse
Christine Cuicchi, director of the Navy’s DoD Supercomputing Resource Centers (Navy DSRC), said: “While the new supercomputer itself will be quite the workhorse, it is complemented by a host of additional tools and services that the Navy DSRC offers in support of DoD users’ research activities.

“Most people wouldn’t expect Mississippi to be one of the premier locations for large-scale supercomputing, but we are, and this new system will solidify our presence in the HPC community.”

Homeland Security
Last month, the US Department of Homeland Security awarded General Dynamics a contract to maintain one of its data centers, DC1, at the same location as the US Navy’s HPC.

DC1 is located at the National Center for Critical Information Processing and Storage at the Stennis Space Center in Mississippi, and public documents from 2011 state that it has “approximately 63,000 square feet of raised floor space” and the “complex consists of three large attached buildings.”

Supercomputer roll-out
Back in August, Cray signed three high-performance computing contracts with the US military worth more than $71m. The US Air Force acquired a Cray Shasta supercomputer, while the Army Research Lab (ARL) and the US Army Engineer Research and Development Center (ERDC) will each deploy a Cray CS500.

The other Cray CS500 supercomputer will be deployed by the US Army’s Engineer Research and Development Center (ERDC).

Under ERDC is the DoD Supercomputing Resource Center (DSRC) at Vicksburg, Mississippi, which in 2016 acquired a Cray XC40 for $26.5m. Set inside the ERDC Information Technology Laboratory (ITL), DSRC typically operates two or more supercomputers on an average four-year life cycle

The Vicksburg facility is also home to the Joint Computing Facility, which features some 10,000 square feet of raised floor space.