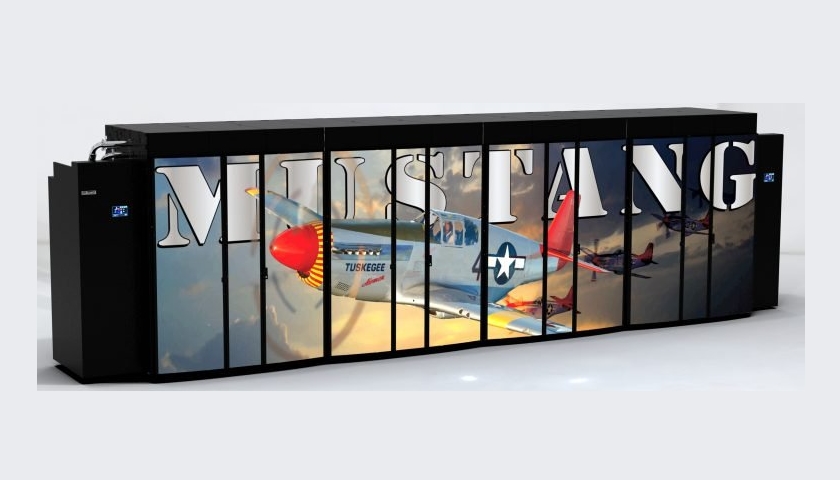 The US Air Force has deployed four new computing clusters, with the most powerful clocking in at 4.87 peak petaflops of performance. The first with shared capabilities.

The systems will be the USAF’s first supercomputers capable of shared computing for above-secret workloads.

Share and enjoy
“AFRL has been at the forefront of the effort to establish this capability for the DOD,” Jeff Graham, AFRL DOD Supercomputing Resource Center director, said. “It shows our commitment to advancing computational tools being used to support the warfighter.”

He added: “The ability to share supercomputers at higher classification levels will allow programs to get their supercomputing work done quickly while maintaining necessary security. Programs will not need to spend their budget and waste time constructing their own secure computer facilities, and buying and accrediting smaller computers for short-term work. This new capability will save billions for the DOD while providing additional access to state-of-the-art computing.”

All four supercomputers are delivered under the DoD’s supercomputing contract with HPE, part of the High Performance Computing Modernization Program that plans to bring the DOD’s combined supercomputing power to 47 petaflops.