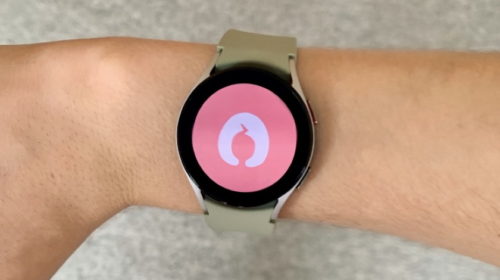 Trials begin this week in Bath, UK of a new smartwatch app that monitors a wearer’s heart rate and body motion to sense distress, in order to automatically send an emergency alert when needed.

The Epowar app, aimed primarily at women’s safety, eliminates the major issue with rape alarms and other conventional safety products that need to be physically activated. Activation is often not an option in the event of an attack.

The innovative smartwatch app solves this problem, using artificial intelligence (AI) to instantly recognise distress in a user’s activity responding immediately if a user is attacked when walking or running alone.

Inspiration for the app came to E-J Roodt, a BSc Business student at the University’s School of Management, while jogging in a badly lit park and worrying about the risk of an attack.

Roodt, a keen smartwatch user, was aware of the advances in wearable technology and how it was being used to detect heart attacks saving real lives. She wondered if those concepts could be applied to women’s safety and took her ideas to Maks Rahman, an engineering student who had just returned from a year at Fraunhofer IPA, a medical research organisation. Together, they co-founded Epowar.

“After months of research and experiment, we were fascinated to find that people’s responses to distress were remarkably consistent and that this could be reliably captured and interpreted using AI. We have now reached the development stage where in-field testing can start and are confident we are close to creating a finished product,” Roodt says.

In the event of an attack, the smartwatch app senses distress, sends an alert to the wearer’s contacts, sets off a loud alarm, and records evidence that will be stored immediately in a cloud system. The Epowar team have assembled a number of volunteers who, among other exercises, will simulate physical attack to fine-tune the software.

The AI-powered system was built on extensive research into detectable responses to physical distress and an analysis of thousands of samples of physiological and motion data. The AI models can distinguish between physical and psychological stress.

“It occurred to us that a smartwatch with this app may be a way to alert others if a woman is restrained or struggling. The key is that it would all happen automatically and an assailant would have little or no time to prevent this which is not always possible with conventional panic buttons, rape alarms or your mobile phone,” Roodt adds.

Roodt says she was keen to avoid the privacy issues that have clouded other security apps, which may include tracking the user. Epowar’s software does not track or identify the wearer, up to the point where an alert is issued. A user could choose to run the app permanently or switch it on for specific journeys where he/she felt there was potential risk. The data collected would be used to fine-tune the app but would be anonymised, she says.

“We are keen to find ways to make this as affordable and accessible to as many women as possible and could envisage a system where organisations, such as schools or universities, make available such software to groups for example. We hope people will recognise the ability to automatically alert contacts as a game-changer in a world where such software seems increasingly necessary,” she concludes.