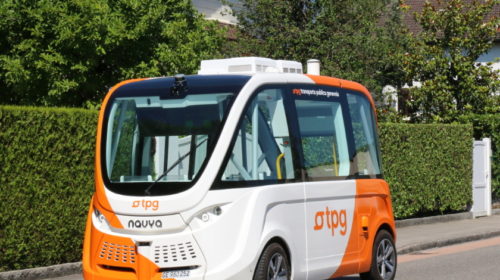 The company specialises in research and operation of autonomous transport and demand responsive transport in German-speaking countries.

Avenue, or Autonomous Vehicles to Evolve to a New Urban Experience, is initially testing the automation of urban transport in four European cities, with more to follow. The first autonomous shuttle will be deployed in Geneva.

Ioki will provide a specially developed technical interface for the project. The interface creates the prerequisite for combining autonomous driving and on-demand booking. In addition, the Ioki software enables integration into the existing public transport system and mobility-as-a-service (MaaS) apps.

Ioki is experienced in high-volume fleet orchestration and simultaneous navigation of autonomous shuttles in real time.

“Ioki’s vision is smart, integrated transport – whether driver-based or autonomous,” said Dr Michael Barillère-Scholz, managing director, Ioki. “We are pleased that we can contribute our know-how in the field of autonomous driving to this future-oriented EU project. With the findings from the Avenue project, we are setting the course for autonomous and connected mobility in Europe.”

The first autonomous vehicle on German roads has been in operation since 2017 using the Deutsche Bahn subsidiary’s technology. In 2019, another autonomous milestone was reached with the connection of the autonomous vehicle to rail transport and, earlier this year, it was involved in the deployment of passenger operations for self-driving, on-demand shuttles.

In the past three years, Ioki claims to have implemented some 65 on-demand transports in six European countries, around 40 per cent of which are climate-friendly and powered by electricity or hydrogen.

“With ioki, we gain an experienced partner and come a big step closer to our goal of making Europe a global thought and technology leader in the use of connected and autonomous mobility,” said Professor Dimitri Konstantas, Avenue project coordinator at the University of Geneva. “We are looking forward to working with Ioki and to launch the first autonomous shuttles in Geneva.”