Seoul to use metaverse platform to deliver public services 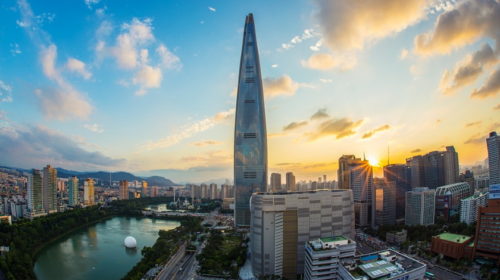 Seoul’s municipal government has announced it is developing a virtual communication channel for all its administrative services.

Provisionally called Metaverse Seoul, the Seoul Metropolitan Government (SMG) intends to create the metaverse platform in three stages from 2022 onwards and apply it across all city tasks from economic policies to civil complaints.

The planned stages are ‘introduction’ (2022), ‘expansion’ (2023 to 2024) and ‘settlement’ (2025 to 2026). Seoul plans to establish the platform and introduce seven services and the economy, education, and tourism sectors are in the first stage in 2022. Investing KRW3.9bn (South Korean won), the city aims to complete creation of the platform and showcase it to the public by the end of 2022.

According to SMG, once the virtual service office is complete, citizens will be able to meet avatars of public officials, resolve civil complaints and benefit from consultancy services without having to be present at City Hall.

In addition, Seoul’s famous tourist attractions, like Gwanghwamun Square, Deoksugung, and Namdaemun Market, will be virtually created on the platform as a “special zone for a virtual tour”. In the same context, destroyed historical sites such as Donuimun will be reanimated in the virtual space.

Furthermore, Seoul’s representative festivals, including the Seoul Lantern Festival, will be held in the metaverse so that everyone around the world can experience it. The SMG announced that it will also develop “extended reality” (XR)-powered safety and convenience content and services for disabled citizens.

The basic plan has 20 goals across seven areas, reflecting metaverse trends in public and private sectors as well as the demand for services. The seven areas are economy, culture, education, tourism, communication, city, and civil complaints.

Metaverse will also act as a testbed for Seoul to help reinvigorate industries that have shrunk due to Covid-19. Avatars will advise foreign investors and provide one-stop start-up services. In addition, digital content creation training to nurture businesses and networking events for start-up companies in Campus Town will all be held in the metaverse.

“Metaverse is evolving into different forms based on technological levels and user demand. In particular, it is gaining traction as a new paradigm for post-Covid-19,” said Park Jong-Soo, director general of Smart City Policy Bureau.