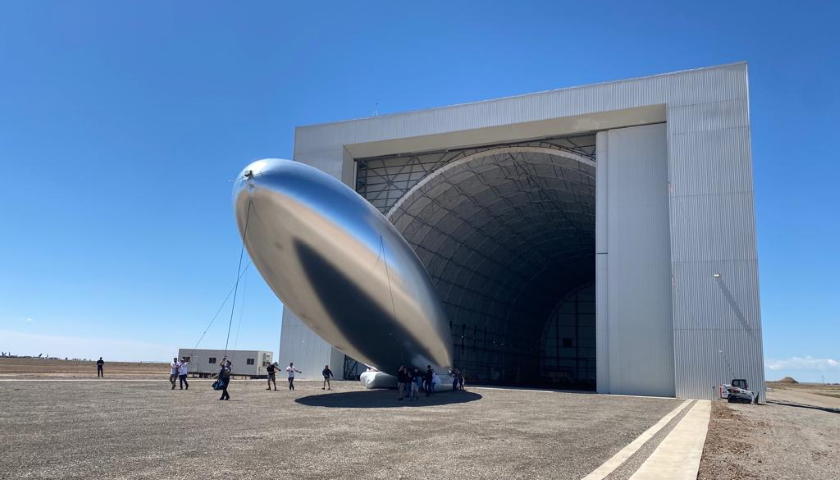 A Swiss high-altitude platforms (HAPS) company Sceye recently conducted a test flight of its sleek, silvery stratospheric blimp with the aim of covering rural and tribal areas of New Mexico with 100 Mbps-level speeds.

Sceye’s HAPS achieved an elevation of 64,000 feet during a two-hour test flight last Wednesday, and the company also recently conducted tests to determine the range of its Open RAN-based LTE coverage. Sceye said that its tech allows OpenRAN-based LTE to reach a range of up to 140 kilometers — which it claims is “a long-range record in LTE OpenRAN architecture” — and 40 km beyond what standard LTE would be expected to achieve. It says that it will be able to cover “areas as wide as 27,000 square miles with high-speed broadband for all users of fixed and mobile, carving a path forward to providing true equitable access.”

“We view the successful flight and the record setting data connection as a significant milestone for our technology; one that could dissolve the rural broadband barrier,” said Sceye CEO Mikkel Vestergaard Frandsen. Frandsen founded Sceye in 2014 to focus on the possibilities of solar-powered HAPS for providing broadband service as well as improving environmental and disaster monitoring.

Sceye has joined a consortium of New Mexico-based telecom companies and tribal organizations that are conducting pilots with the aim of delivering universal broadband access to the Navajo Nation; the project has financial support from the state of New Mexico. Other members of the consortium include Sacred Wind Communications, CellularOne, PVT Networks/Penasco Valley Telecommunications Cooperative, the Santa Fe Indian School, and Navajo Technical University. Sceye cited numbers from the Navajo Tribal Utility Authority that 60% of the Navajo Nation’s more than 300,000 residents do not have fixed internet access.

In partnership with the consortium, Sceye plans to pilot one of its HAPS over an area of about 6,000 square miles to demonstrate 100 Mbps download speeds.

“The consortium is a major leap forward in closing the digital divide for the Navajo Nation,” said John Badal, CEO of Sacred Wind. “Sceye’s tower-in-the-sky approach could avoid building hundreds of new cell towers across the state and the accompanying need to use tribal lands.”