Researcher leaked a dataset of over 7,000,000 transactions scraped from the Venmo public API 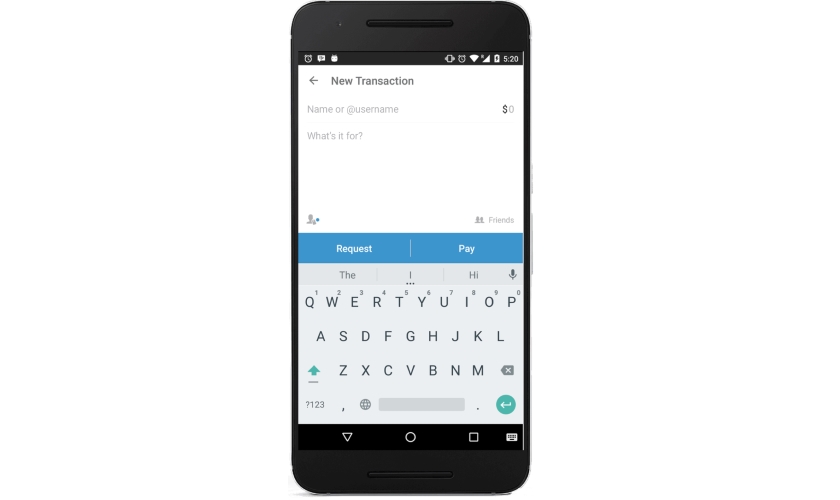 Venmo is a digital wallet app owned by PayPal that lets you make and share payments with friends.

In August 2016, security expert Martin Vigo devised a method to abuse an optional SMS-based feature that allowed users to authorize payments by replying to an SMS message with a provided 6-digit code. An attacker with physical access to the victim’s iPhone could steal funds from his account.
The attack technique leverages the following iOS features that are enabled by default. :

The Siri virtual assistant that allows replying to text messages from a locked device;
The text message preview that allows displaying part of the message on the display of a locked device’s screen.
In the attack scenario devised by the expert, the attacker sends a ‘reply-to-pay’ message to his victim’s locked mobile phone, and then leverages Siri to authorize the transactions. The expert explained that an attacker could steal up to $2,999.99 per week from the victim. The development team at Venmo addressed the issue by removing the SMS reply-to-pay feature.

Last year, the researcher Hang Do Thi Duc, reported that she was able to access 207,984,218 Venmo transactions by visiting ​this public URL.
Public data includes names, dates, pictures and messages sent, Hang Do Thi Duc was able to track a profile for some of them, such as two users identified with the monikers ‘The Cannabis Retailer’ and the ‘The cord dealer.’ She described The Cannabis Retailer with the following statement:

“With access to the first name,” she wrote, “I could infer that this person was male. I was also able to determine that he operates out of Santa Barbara, California. You might wonder how: some of his customers have a Facebook URL as their profile picture which includes their Facebook ID and so it was easy for me to see where some of them, and therefore the protagonist of this story as well, live… He registered on January 24, 2017, a day before his first transaction, and had a total of ?943 transactions in 2017.”

Time is passed by Venmo continues to provide a public stream of the users’ transactions.

Last week, researcher Dan Salmon published details related to more than 7 million new transactions that were scraped from Venmo onto GitHub between July and September 2018, in October 12018, and in January and February 2019. He decided to publish the dataset to warn Venmo users of publicly availability of their data.

“This is a dataset of over 7,000,000 transactions scraped from the Venmo public API. Venmo is an app which allows users to easily send and receive money.” wrote Salmon.

“I am releasing this dataset, in order to bring attention to Venmo users that all of this data is publicly available for anyone to grab without even an API key. There is some very valuable data here for any attacker conducting OSINT research.”

Anyone could analyze this dataset and profile the users posing a serious threat to them.

Experts suggest Venmo users set ‘private’ mode for their transactions, in this way the platform will not share the transaction anywhere other than your own personal feed and, if it’s a payment to another user, the feed of the other person in the payment.