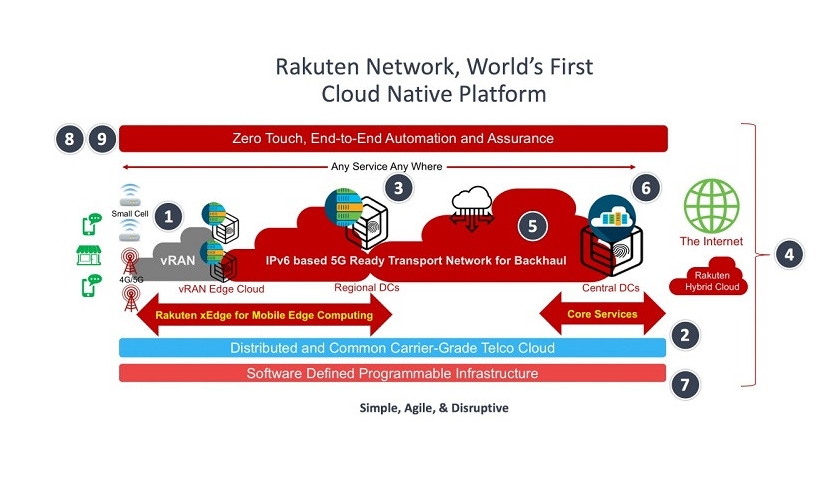 Japanese telco Rakuten Mobile is collaborating with Singaporean carrier TPG Telecom on a 5G technology partnership program to trial OpenRAN solutions in Singapore, the former said in a release.

TPG is pleased to partner with Rakuten Mobile for this trial. Such efforts can help to accelerate the adoption of next generation 5G mobile networks with software-defined technology based on open interfaces and community-developed standards running on open hardware,” said Richard Tan, general manager and acting CEO, TPG Telecom.

“The strategic partnership is a validation of Rakuten Mobile’s strategy and we are happy to share our innovative end-to-end virtualization solutions built on our vision of an open and multivendor mobile network ecosystem,” said Tareq Amin, CTO of Rakuten Mobile. “Singapore’s high fiber density makes it uniquely suited for rapid OpenRAN adoption and successful implementation.”

TPG is Singapore’s fourth mobile operator, with more than 300,000 customers in Singapore. TPG is a subsidiary of the TPG Telecom group, Australia’s second largest fixed line provider with more than 2 million customers.

TPG expects to launch 5G services this year once it can secure a license to offer the technology. Singapore telecom regulator IMDA has recently confirmed it had received a total of three submissions in the process through which it expect to award two licenses for the provision of 5G services across the country

At the close of the 5G call for proposal on February 17, IMDA had received submissions from Singtel Mobile, TPG Telecom, and a joint-submission from StarHub Mobile and M1 Limited.

The two selected operators will be required to deploy the 3.5 GHz spectrum band on a standalone basis.

The two remaining operators will receive two 800 MHz lots of mmWave spectrum. The operators securing spectrum in the 800 MHz band will have the flexibility to deploy mmWave spectrum on a non-standalone basis to deliver localized 5G services.

Rakuten Mobile, a subsidiary of Japanese e-commerce giant Rakuten, is currently building a fully virtualized, end-to-end cloud-native mobile network for the provision of 5G technology in Japan. Rakuten Mobile Network, which aims to launch commercial 5G services in June 2020, had already received approval for its Special Base Station Deployment Plan by the Japanese government. The Japanese company aims to acquire at least 15 million subscribers in an initial phase of the mobile deployment.