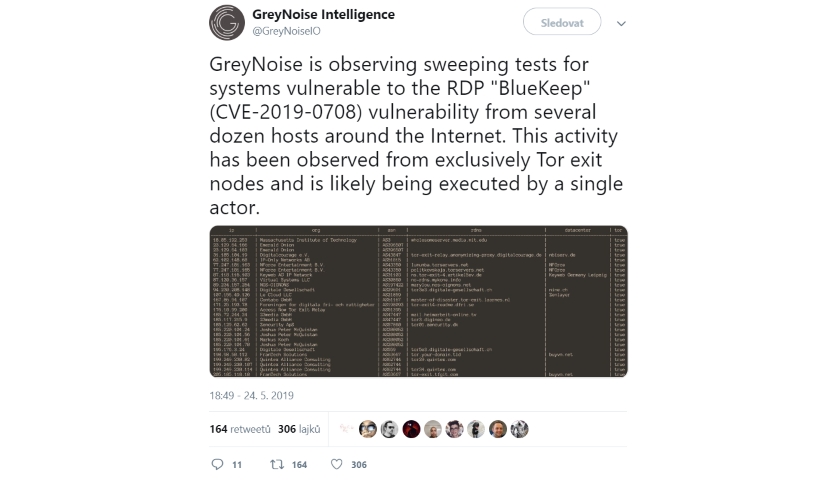 Researchers have discovered one million devices that are vulnerable to a “wormable” Microsoft flaw, which could open the door to a WannaCry-like cyberattack.

One million devices are still vulnerable to BlueKeep, a critical Microsoft bug with “wormable” capabilities, almost two weeks after a patch was released.

The flaw (CVE-2019-0708) was fixed during Microsoft’s May Patch Tuesday Security Bulletin earlier this month. System administrators were urged to immediately deploy fixes as the flaw could pave the way for a similar rapidly-propogating attack on the scale of WannaCry.

Despite that, researchers on Tuesday warned that one million devices linked to the public internet are still vulnerable to the bug. Making matters worse, a spike in scans for vulnerable systems was spotted over the weekend – potentially indicating that bad actors are looking to sniff out the activity.