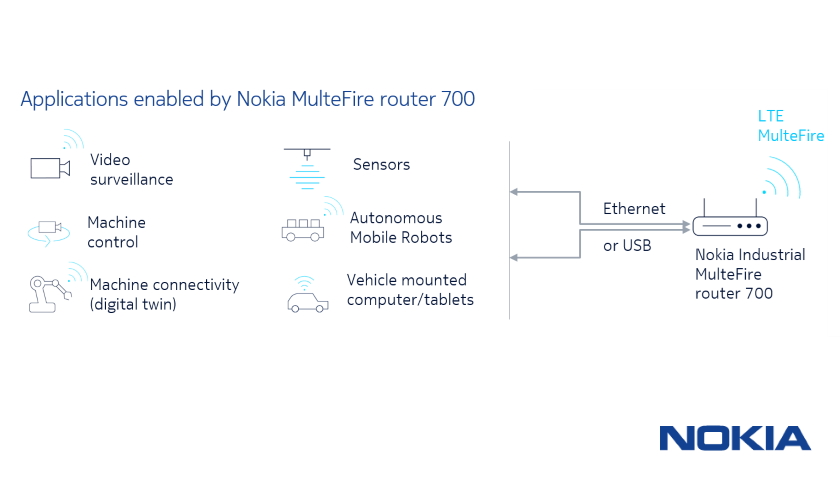 MulteFire is an LTE-based technology that operates in unlicensed spectrum, including the global 5GHz band. By providing an easy-to-use, pre-integrated solution, Nokia is making carrier-grade 4.9G/LTE private wireless available to a host of potential new users. With deployment available globally, it can be used by customers currently without access to licensed spectrum, or bring additional capacity as a complementary layer to wireless networks. 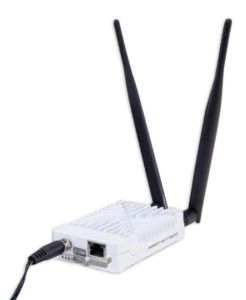 Hien Nguyen, CTO, Safari Solutions, said: “A core part of our business is event services, such as sports, trade shows and broadcast services, which involve frequent, fast deployment of IT systems where reliable communications connectivity is business critical. With the Nokia MulteFire private wireless solution, we now have a major boost to our connectivity options with fast, reliable and easy-to-deploy mobile broadband, regardless of location or licensed spectrum availability. A huge improvement on Wi-Fi in terms of coverage, security and reliability, and reducing dependency on commercial networks, Nokia MulteFire opens up a range of new possibilities in terms of what we can offer our clients.”

Added Litjens: “Following growth in private wireless adoption across asset-intensive industries, our MulteFire offering now sets the stage for take-up by an entirely new range of customers, across public sector and enterprises. And, without the need for licensed spectrum, that appeal is now global.”

Will Townsend, Senior Analyst, Security, Carriers and Enterprise Networking, Moor Insights and Strategy, said: “MulteFire has the potential to significantly contribute to private wireless networking adoption given its ability to deploy over unlicensed spectrum. Nokia’s focus on easing deployment based on a plug-and-play approach could make it a compelling consideration for enterprises concerned about the complexities of managing cellular networking infrastructure.”

Nokia is a founding member of the MFA, an international organization that champions global industry adoption of private cellular networks using unlicensed spectrum. The Nokia Industrial MulteFire router 700 solution is the first device to have been independently certified by MFA. Based on 3GPP Release 13 and 14 and MulteFire R1.0 standard, MulteFire supports Listen-Before-Talk for co-existence with Wi-Fi and other technologies operating in the same spectrum.

With more than 290 large enterprise customers across industries worldwide, of which over 40 incorporate 5G, Nokia has been cited by numerous industry analysts as the leading provider of private wireless networking worldwide.

Nokia has deployed mission-critical networks to over 1,500 leading enterprise customers in the transport, energy, large enterprise, manufacturing, webscale, and public sector segments around the globe. Leading enterprises across industries are leveraging decades of Nokia experience building some of the biggest and most advanced IP, optical, and wireless networks on the planet.