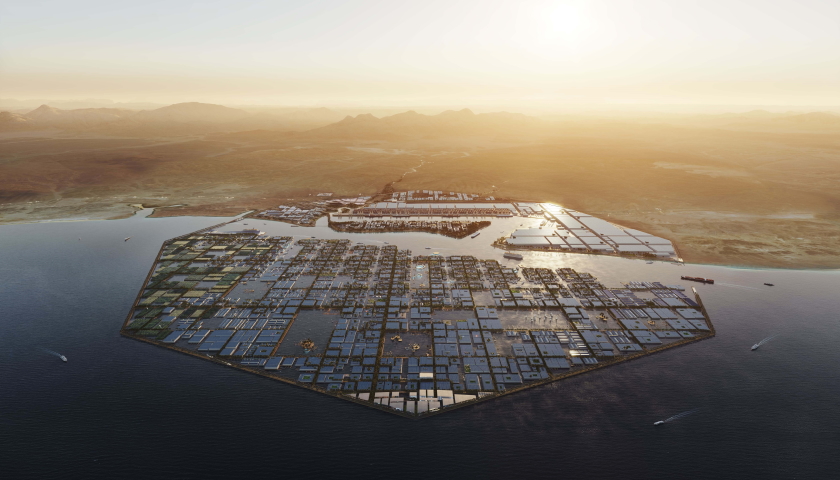 Neom has revealed more details around its planned hyperscale data centers in the new Saudi Arabian city of Neom.

The company said the new facilities – to be developed in partnership with infrastructure developer Ezdihar Advanced Company for Information Technology (EzdiTek) – will be operated by a new company known as ZeroPoint DC.

Neom said ZeroPoint DC services will include colocation, with the eventual option for customers to build and operate their own data centers, subject to Neom’s guidelines. Facility management, data center operation, fit-out, and remote hands services will also be offered to customers.

The new company aims to support three data centers with an initial capacity of 36MW and “significant room” for further expansion. ZeroPoint DC aims to be operational in Q2 2022.

Neom is a project aiming to construct a huge new smart city on the Red Sea coast in the northwestern Saudi province of Tabuk. The Neom company leading the project is wholly owned by the Public Investment Fund, the sovereign wealth fund. Crown prince Mohammed bin Salman told Bloomberg in October 2018 that Neom will be completed in 2025.

In October 2021 Neom announced a $500 million joint venture with EzdiTek – via its affiliate, FAS Energy Trading Co– to develop and operate data centers in the new city. Established in 2013 and a subsidiary of Saudi Arabia’s Fawaz Alhokair Group, FAS Energy develops solar farms.

EzdiTek has partnered with global engineering and architectural firms RED and Gensler for the project. The venture will be 51 percent owned by Neom and 49 percent by EzdiTek, and will apparently be located on a floating industrial district known as Oxagon.

“We are proud to be part of such a bold partnership that reflects a shared belief that data is the key to unleashing sustainable human potential,” said Sultan Fawaz AlHokair, CEO of Ezdihar Holding, EzdiTek’s parent company. “This venture, enabling us to push boundaries in the innovation of digital infrastructure, will be vital to our goal of contributing to the realization of the Vision 2030 technology ambitions.”

Joseph Bradley, CEO of Neom Tech & Digital Company, added: “ZeroPoint DC is crucial to our ability to offer our partners unparalleled access to cutting-edge network capabilities across the region and beyond. The hyperscale data center will drive wider network opportunities and future partnerships and is a testament to the innovation at the heart of Neom.”

Shortly after the original JV announcement, Neom subsidiary Tech & Digital Holding Company announced Oracle would be the first tenant of its hyperscale data centers in the new city, a point reaffirmed in the latest release.

Neom has also partnered with OneWeb to provide satellite connectivity to the new city.

According to a 2021 report from Reuters, construction is yet to begin on Neom, and its current status isn’t clear. The site will be built on the home of the Huwaitat tribe, with at least 20,000 members of the tribe facing eviction. “For the Huwaitat tribe, Neom is being built on our blood, on our bones,” activist Alia Hayel Aboutiyah al-Huwaiti told The Guardian. “It’s definitely not for the people already living there! It’s for tourists, people with money. But not for the original people living there.”

Prior to joining Neom, Fontana was HPE’s Middle East VP. He said: “As the newly appointed CEO of ZeroPoint DC, I am honored to lead the effort to build a hyperscale data center that will offer global technology giants and cloud, networking, and internet services providers an end-to-end gateway to NEOM, Saudi Arabia, the GCC markets, and beyond.”