MicroStrategy will hold onto its Bitcoin however the market performs 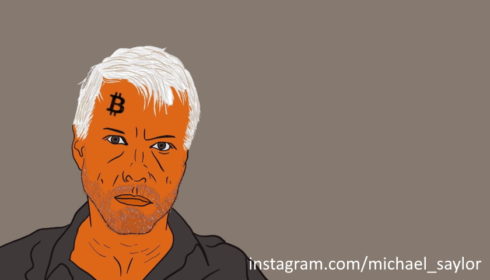 The recent market downturn has spurred Michael Saylor to publicly state that MicroStrategy is not in danger of being liquidated. The company’s financial reports seem to back his claim.

Michael Saylor insists that MicroStrategy is not at risk of liquidation despite the recent Bitcoin crash.

The MicroStrategy CEO retweeted a May 10 post today in which he laid out the company’s financial situation. In the original post, MicroStrategy claimed that it would only be at risk of getting liquidated on a $205 million loan it received to buy Bitcoin if the asset fell below $3,562. Even if it did crash to the $3,562 level, MicroStrategy “could post some other collateral” to avoid liquidation, Saylor said on May 10.

Bitcoin has had a shaky week after falling to its lowest level since December 2020. It’s currently trading at around $22,500.

In response to the market volatility, Saylor has reiterated that MicroStrategy is taking a long-term view to its Bitcoin holdings. “When MicroStrategy adopted a #Bitcoin strategy, it anticipated volatility and structured its balance sheet so that it could continue to #HODL through adversity,” Saylor wrote, referencing the “HODL” meme that refers to “holding” onto coins through volatile market conditions.

MicroStrategy is the largest independent publicly-traded business intelligence company in the United States. The company started investing in Bitcoin as a treasury reserve asset in August 2020, citing a weakening dollar and global macroeconomic conditions.

According to its First Quarter 2022 Financial Results report, the company owned a total of 129,218 Bitcoin worth $2.9 billion at today’s prices as of Mar. 31, 2022. Its average purchase price is around $30,700, which means Bitcoin would need to fall another 27% for the firm to see a paper loss on its investment.

Other documents also show that 19,466 Bitcoin from MicroStrategy’s stash has been pledged to Silvergate Bank for collateral on the $205 million loan it received to add to its Bitcoin reserves. The collateral value at the time was $820 million; at today’s prices it is closer to $440 million. 95,643 of MicroStrategy’s Bitcoin remains unencumbered, meaning the company still has over $2.1 billion to pledge as collateral.

PrevPreviousGartner: IaaS public cloud market grew by 41.4% in 2021
NextResearch shows that organizations are over-spending by over $8.75 million on cloudNext