Microsoft to connect satellites to its cloud with Azure Orbital 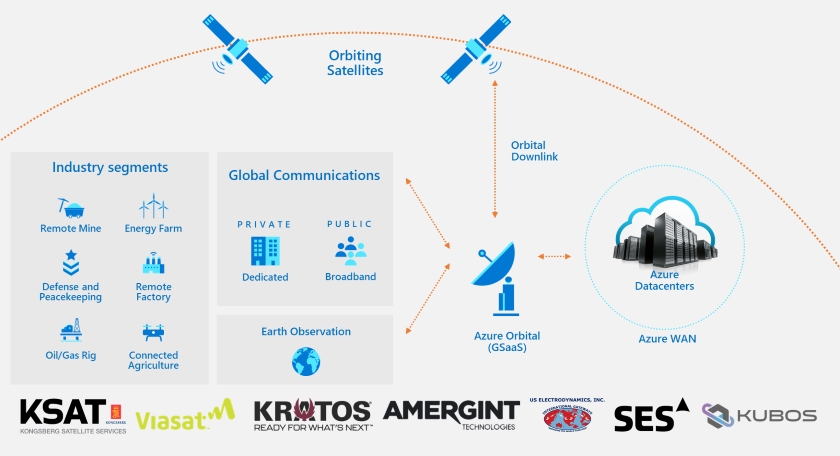 Microsoft has announced Azure Orbital, a service for moving data from satellites directly into its cloud platform.

The service will be available from Microsoft owned and operated ground stations in X, S, and UHF band frequencies via shared high gain antennas, and a network of partner ground stations.

The first MEO and Earth Observation gateways will be located in Phoenix, Arizona, and Quincy, Washington. They are expected to come on online before SES’s next-generation MEO communications system, O3b mPOWER.

“We are thrilled that we will be co-locating, deploying, and operating our next-generation O3b mPOWER gateways alongside Microsoft’s data centers,” said JP Hemingway, CEO of SES Networks.

“This one-hop connectivity to the cloud from remote sites will enable our MEO customers to enhance their cloud application performance, optimize business operations with much flexibility and agility needed to expand new markets.”

The decision to rely on a wider network of partners and ground stations is a stark contrast to competitor Amazon Web Services’s own Ground Station efforts. Under its ASS business segment, AWS is building its own network of ground stations, with help from Lockheed Martin, rather than partnering with others. It also operates in the same band frequencies, but is expected to add Ka band for its upcoming Kuiper satellite Internet business.