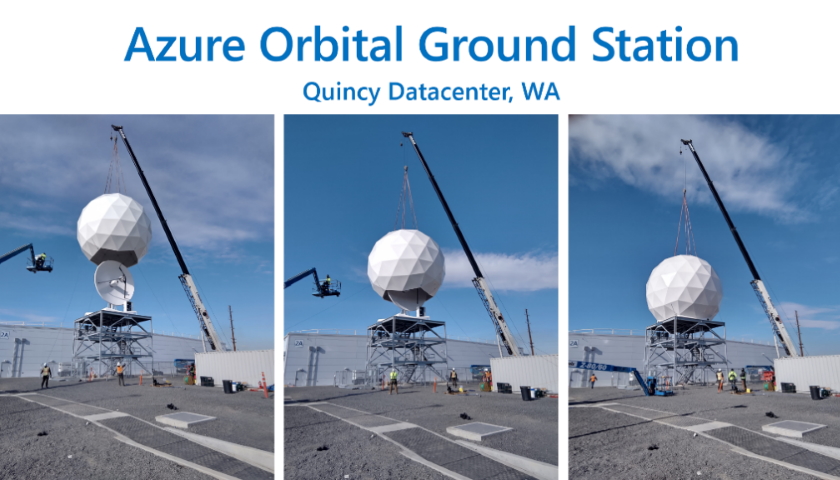 The company this week revealed images of a ground station being deployed at its Quincy data center in Washington.

Azure Orbital is Microsoft’s ground station as a service offering, allowing customers to communicate to, control their satellite, process data, and scale operations directly through Azure.

First announced in September 2020, the company has partnered with a number of satellite companies including Amergint, Kratos, KSAT, Kubos, SES, US Electrodynamics INC, Viasat, and Thales Alenia Space.

“We plan to build many more Ground Stations and also make partner ground stations available from our partners to enable our customers to ingest data directly in Azure.”