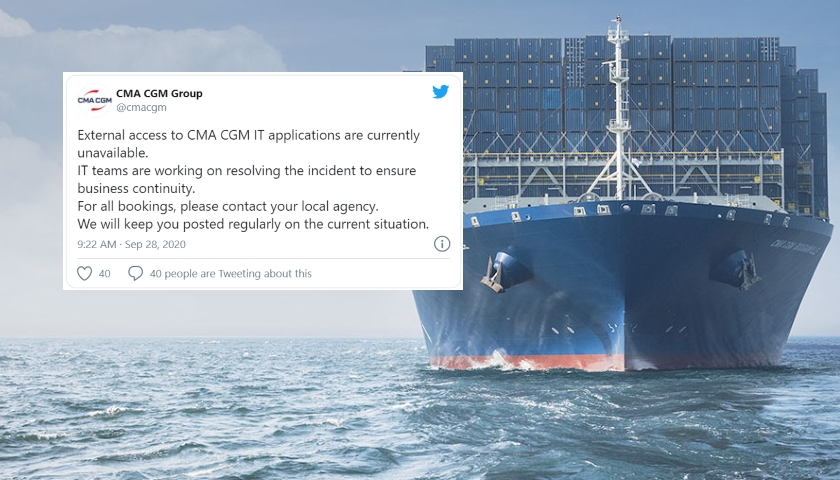 CMA CGM S.A., a French maritime transport and logistics giant, today disclosed a malware attack affecting some servers on the edge of its network.

The attack forced CMA CGM’s IT teams to cut Internet access to some applications to block the malware from spreading to other network devices.

“As soon as the security breach was detected, external access to applications was interrupted to prevent the malware from spreading.”

In a later issued update, the company says that access to its IT applications is still unavailable and IT teams are working to resolve the incident to guarantee business continuity.

While the initial statement said that the CMA CGM network was still available for booking and operation requests, customers are now urged to contact their local CMA CGM local agencies for all bookings.

“An investigation is underway, conducted by our internal experts and by independent experts,” the company added. “A new communication will be issued at the end of the day.”

“Now that we have identified this problem, we have interrupted the access to our system to prevent the malware from spreading. Now our information system is resuming.”