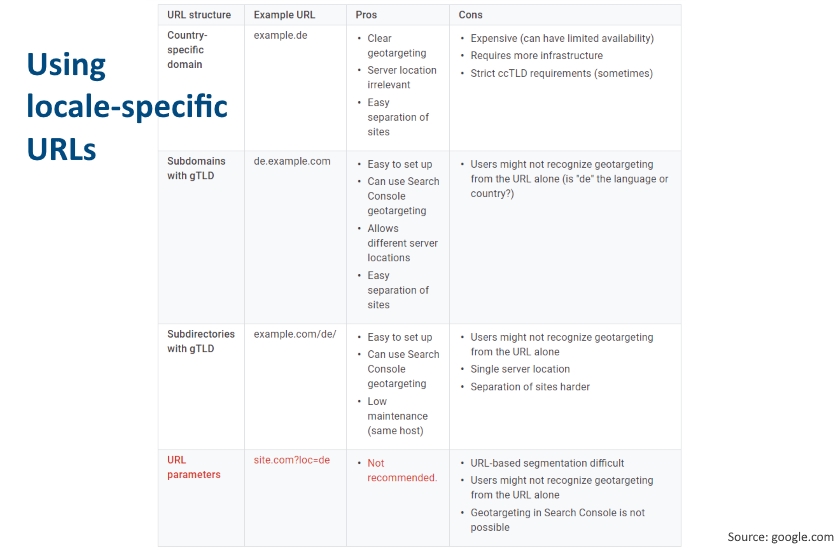 Here’s how Google treats every type of TLD.

“No, you don’t get a special bonus from having a keyword like that in your top-level domain,” John Mueller, webmaster trends analyst at Google, said about generic top-level domains such “.jobs” on an episode of AskGoogleWebmasters.

Mueller’s explanation harkens back to guidance that was first published in 2015, in which Google explained that, overall, its systems treat new generic top-level domains (gTLDs) like other gLTDs (such as .com and .org). “That’s by design,” he added, “Just because a website has a keyword in its domain name, doesn’t mean that it’s more relevant than others for that keyword.”

It’s (almost) all the same to Google. Google treats the following top-level domains the same as it would .com or .org domains:

“Unless a top-level domain is registered as a country code top-level domain (ccTLD) with ICANN, Google will treat any TLD that resolves through the IANA DNS root zone as a gTLD,” the company’s Search Console help documentation reads.

The exception. Google considers country-code top-level domain names (ccTLDs; for example, .vn for Vietnam) to be a strong signal that a site is intended for users in a certain country. Most ccTLDs will result in Google geotargeting the website.

If you are using a ccTLD and want to geotarget users in different countries, “you are swimming upstream,” said Matt Cutts, formerly of Google, all the way back in 2011. “In general, if we see something like .jp, we’re typically going to assume that that’s relevant to Japan and not as relevant to Norway or Sweden or Finland or something like that,” he said. That still largely holds true.

However, some ccTLDs are generic enough that Google allows webmasters to target them to different countries. These are vanity TLDs (such as .tv and .me) and Google treats them as a gTLD. The full list of generic ccTLDs is available in the Search Console help center.

Why we care. Jerry-rigging a keyword into your domain name using one of the TLDs above will not help you rank better for relevant queries. While it may help your branding by making your URL more memorable, using an improper TLD, such as a non-generic ccTLD, can end up sending search engines and users the wrong signals about who your site is meant for.