Hydrogen cartridge to be tested by smart city developer 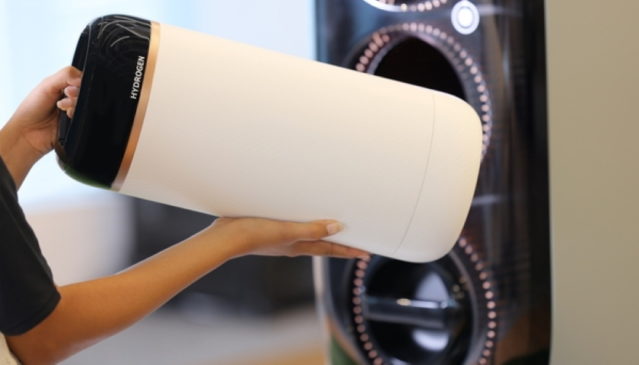 Woven Planet, the Toyota Motor Company subsidiary building a smart city at the base of Mount Fuji in Japan, has developed a working prototype of a portable hydrogen cartridge able to power a broad range of applications in and outside of the home.

Toyota and Woven Planet will conduct proof-of-concept trials in various places, including Woven City, which is currently being constructed in Susono City, Shizuoka Prefecture.

The organisations are studying a number of viable pathways to carbon neutrality and consider hydrogen to be a promising solution. They report hydrogen has significant advantages: zero carbon dioxide (CO2) is emitted when hydrogen is used; and when hydrogen is produced using renewable energy sources such as wind, solar, geothermal, and biomass, CO2 emissions are minimised during the production process as well. Hydrogen can also be used to generate electricity in fuel cell systems and as a combustion fuel.

Toyota and Woven Planet are working with Asian integrated energy company Eneos Corporation to build a comprehensive hydrogen-based supply chain aimed at expediting and simplifying production, transport, and daily usage. These trials will focus on meeting the energy needs of Woven City residents and those living in its surrounding communities.

In March, a joint agreement was signed by Eneos Corporation and Toyota Motor Corporation to explore carbon dioxide-free hydrogen production at Woven City, with plans already in place to construct a hydrogen refuelling station in close proximity to the city.

Toyota and Woven Planet’s goal is to help hydrogen become commonplace by making this clean form of energy safe, convenient, and affordable. By establishing the underlying supply chain, they hope to facilitate the flow of a larger volume of hydrogen and fuel more applications. Woven City will explore and test an array of energy applications using hydrogen cartridges including mobility and household applications.

The organisations put forward a number of benefits of using hydrogen cartridges:

portable, affordable, and convenient energy that makes it possible to bring hydrogen to where people live, work, and play without the use of pipes
prototype dimensions of 400mm in length x 180mm in diameter
target weight: 5kg
swappable for easy replacement and quick recharging
volume flexibility allows for a broad variety of daily use applications
small-scale infrastructure can meet energy needs in remote and non-electrified areas and be swiftly dispatched in the case of a disaster.

Together with inventors and those living within and around Woven City, Toyota and Woven Planet said they will will continue to advance mobility over time by developing more practical applications for hydrogen cartridges. The ultimate goal is to realise a carbon-neutral society where everyone can access clean energy, first in Japan and then throughout the world.

Work began on Japan’s smart city development, located at the base of Mount Fuji, last year. It will ultimately be home to 2,000 residents and researchers who will test and develop a range of technologies. As well as carbon-neutral, it aims to be the “safest mobility city” in the world.