Huawei updates PowerPod to save space and energy 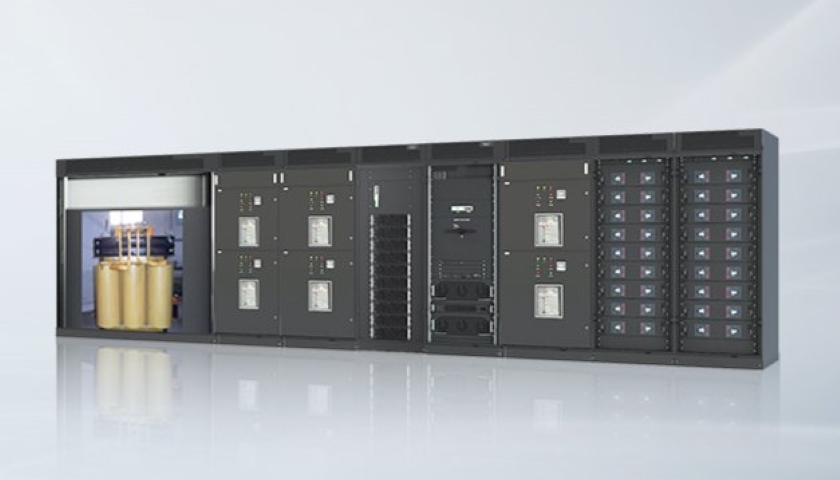 PowerPOD 3.0 has a smaller footprint, allowing for data centers to deploy more racks. It also increases efficiency, so less energy is wasted within the power supply itself. It also has an upgraded structure so it can be deployed more quickly, and has better management pushing towards the idea of autonomous data centers, according to Huawei’s release from the launch event in Dongguan, China.

Huawei also promised a “groundbreaking definition” of the next generation data center – but sadly, appears to have been nothing more than a set of platitudes already well known across the industry.

The PowerPod 3.0, based around the high-density UPS5000-H uninterruptible power supply, has a 40 percent smaller footprint than its predecessors. It reduces the number of cabinets from 22 to 11, which can save space in the data center. Huawei calculates that, in a 12MW data center, this could allow 170 more racks.

The new PowerPod consumes 70 percent less power within the unit – increasing the power conversion efficiency from 94.5 percent to 97.8 percent, while shortening the link length. Customers can increase this to 99.1 percent if they switch to Eco mode, which removes the double conversion process to get higher efficiency.

Huawei calculates this can save $300,000 per year in a 12MW data center – though this will obviously depend on the local electricity price.

The new power supply is constructed with prefabricated busbars, which Huawei says can shorten the time to deliver and commission the equipment. Traditional power supplies will require about 35 copper bars and 180 cables to be connected onsite, and delivery can take up to two months, says Huawei, whereas PowerPOD 3.0 can be up and running in two weeks.

Charles Yang, Senior VP of Huawei and CEO of the data center team, introduced the supposedly “groundbreaking definition” of a next-generation data center facility. Apparently, an unspecified number of technical experts and industry authorities had “extensive and in-depth discussions”, before reaching a consensus – that data centers should be “sustainable, simplified, autonomous driving, and reliable”.

They should also use prefabricated modular construction for buildings and internal equipment such as power supplies, while simplifying construction so (for instance) their cooling systems use one heat exchanger instead of many.

Alongside this, as many vendors have already told us, AI can optimize cooling and automate data center management (Huawei says 2,000 racks can be checked in five minutes remotely).

And finally, Huawei revealed that data centers need to be reliable. Apparently, proactive security and predictive maintenance can help here.