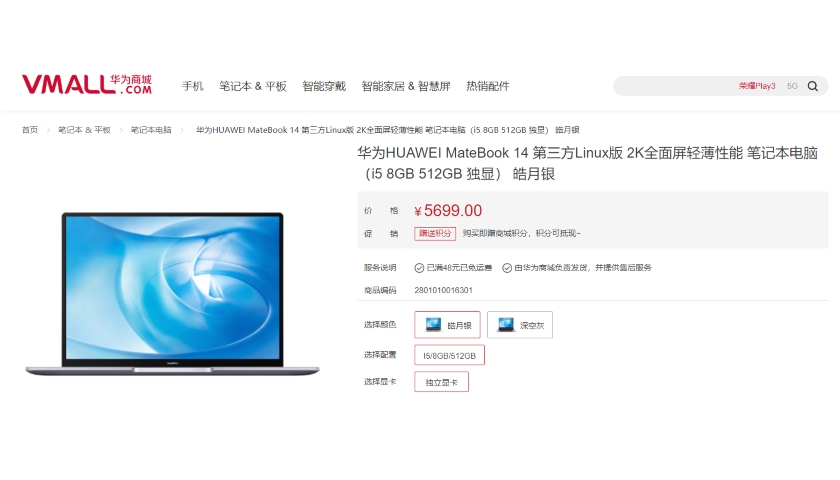 Huawei’s flagship MateBook laptop series is now available to purchase with Deepin Linux preinstalled on it. A Redit user shared this link of a Chinese website offering MateBook with Linux.

Deepin Linux is also based in China and it has also been accused of tracking user data. A charge, Deepin developers have denied repeatedly.

Keep in mind that Huawei devices are not cheap in terms of pricing. They are, for sure, less expensive than Apple products but they are still high end gadgets and have been prices accordingly.

Huawei MateBook products are available on Amazon but not with preinstalled with Linux yet. Will we be seeing Linux option on Huawei MateBook in other countries soon? There is no official announcement from Huawei in this regard so we can only guess at present.