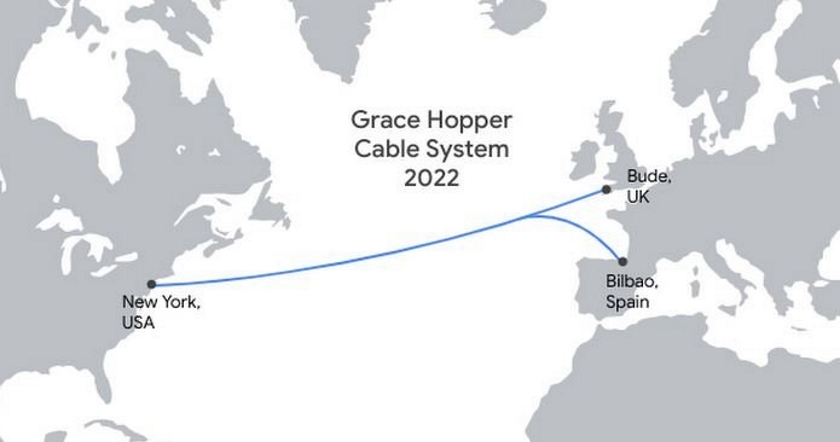 Google has announced its Dunant submarine cable system has been deployed and tested and is now ready for service.

Dunant is now the world’s highest capacity submarine cable, with the company claiming it is capable of 250 terabits per second (Tbps).

First announced in 2018, the 6,400km-long private transatlantic cable connects Virginia Beach in the US with Saint-Hilaire-de-Riez on the French Atlantic coast and will be used to connect the company’s points of presence and GCP regions as well as its edge node, CDN, and dedicated interconnect locations.

Google claims that the 12 fiber pair cable will deliver a record-breaking capacity of 250 Tbps. The company says that its ‘pump sharing’ space-division multiplexing (SDM) technology – where lasers are used to amplify multiple fiber pairs instead of a single pair – enables more fibers within the cable while also providing higher system availability.

The Virginia, US to Bilbao, Spain MAREA cable owned by Facebook and Microsoft held the previous cable capacity record, suggesting it could reach a maximum of 224Tbps using new optical techniques from Infinera.

Dunant was developed in partnership with SubCom, which Google said managed to engineer, manufacture and install the cable on schedule despite the ongoing global pandemic. The cable is named in honor of Swiss businessman and social activist Henry Dunant, the founder of the Red Cross and first recipient of the Nobel Peace Prize.

As well as Dunant, Google has a number of other cables in development. Last year the company announced it would deploy a new cable that would link the US, UK, and Spain. The Grace Hopper cable, named after computer scientist and US Navy Rear Admiral Grace Brewster Murray Hopper, is also being manufactured by SubCom will be equipped with 16 fiber pairs and support 350 Tbps. It is expected to be online in 2022, be equipped with 16 fiber pairs. Its Equiano Portugal to South Africa cable is due for completion later in the year.