France to give $2bn to French cloud industry 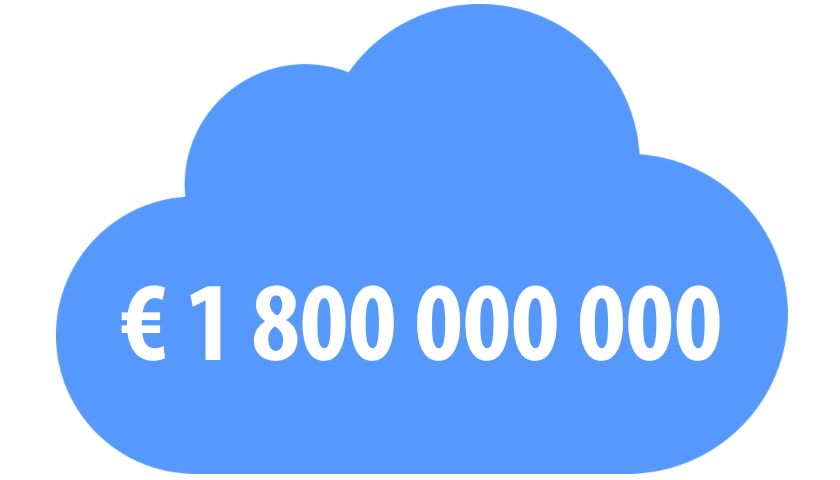 The French government has announced a €1.8 billion ($2.1 billion) plan to support research projects, which it says will help France’s cloud computing industry perform in the global markets.

The plan was announced by Minister for Digital Affairs Cedric O at the Paris offices of OVHCloud, the French cloud provider which went public on the French stock exchange last month. The Minister faced immediate criticism from his hosts, according to reports, with OVHcloud CEO Michel Pauling the French government’s failure to procure from national providers.

The package combines French public money, European Union finance, and private funding: it includes €667 million from the French government, €444 million from the EU, and €680 million from the private sector. The money will go to multiple research and development projects. So far, 23 projects have been chosen, to receive a total of €421 million of public money. The projects will focus on areas including Edge computing, as well as training.

European champions
“Today we implement a long-held ambition: to bring about the emergence of French and European industrial champions,” said O. in a statement. “The battle for the cloud is not lost,” he added, according to a Euractiv report

OVHcloud is the largest (and only significant) cloud player in Europe. It’s in the top ten of the industry according to some analysts. However, the sector is dominated by AWS, Microsoft Azure, Google, and Alibaba, with all other players having a tiny share.

The French government has called for a trusted cloud, and OVHcloud has argued that a local provider is needed to ensure that European data can be stored locally, under European standards of privacy.

French company Thales has teamed with Google to offer a French-sovereign cloud for local storage of sensitive data, while Capgemini and Orange plan to establish a new cloud company known as Bleu to resell Microsoft services.

Almost six months after the presentation of the new government doctrine of the “trusted cloud,” O had come to the offices to announce a plan for the sector, stressing that the state’s sole objective is “to bring about the emergence of European and French champions of innovation.”

Although the program is welcome, French service providers have suggested there are contradictory messages, pointed out that research is fine, but some actual business from the French government would also be welcome.

At the press conference, Euractiv reports that OVHcloud CEO Michel Paulin responded to Minister O, saying: “French players need [procurement] orders, I repeat, orders,” to applause from the audience. “I call on the state to set an example and encourage a European industry.”

French operators have also reportedly criticized the plan for prioritizing companies that are already established, rather than helping new champions to get started.

O’s response was: “The recent success of French Tech would not have happened with an autarkic [self-reliant] policy,” Euractiv reports. The Minister said protectionism does not work, and EU policy does not allow favors to national players.

Euractiv also reports that rival cloud player Scaleway was originally scheduled to host the meeting, but declined for reasons of “consistency.”

As well as its IPO, OVHcloud has also suffered a disastrous fire this year which destroyed a data center at its Strasbourg campus. The incident is expected to cost the company up to €105 million.