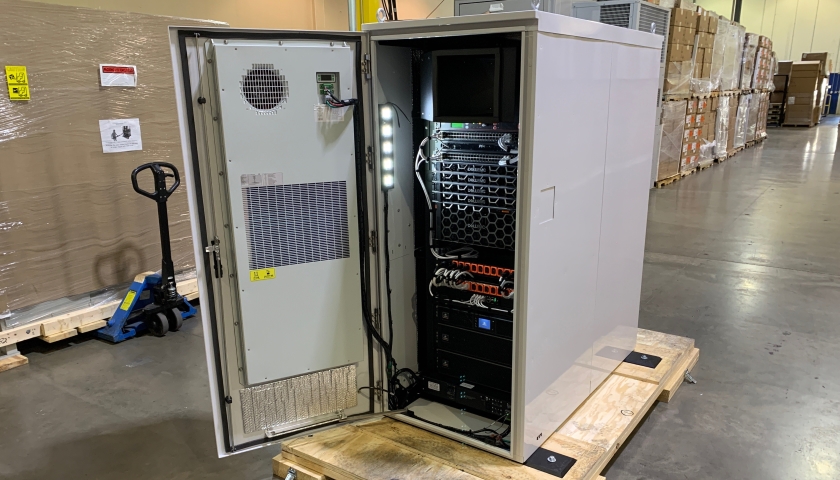 Dell EMC will be selling a miniature “rack-in-a-box” data center and a companion server meant to be ideal for Edge applications.

The Modular Data Centre Micro 415 puts a populated data center rack inside an extreme temperature-resistant enclosure. Designed as an Edge server “pod,” it is designed to be placed in areas requiring onsite storage and processing for locally generated data.

Pods on the Edge
“As we enter the next data decade, the challenge moves from keeping pace with volumes of data to gaining valuable insights from the many types of data and touchpoints across various edge locations to core data centers and public clouds,” said Jeff Boudreau, president of Infrastructure Solutions Group at Dell Technologies.

“We offer a portfolio that’s engineered to help customers address the constraints of edge operations and deliver analytics for greater business insights wherever their edge may be.”

Dell has also designed a new server which it says can handle the strain of an edge deployment. The PowerEdge XE2420 supposedly can handle large amounts of incoming data and crunch it. The server has the ability to add up to four accelerators and 92TB of storage.

Streaming at the Edge
A spokesperson from Dell said: “While numerous definitions of “Edge” abound, many miss the bigger picture: the edge is not a single place, rather it is defined by a set of characteristics and constraints including bandwidth, IT skills, security, operating environment, space, and power.

“Successful technology leaders are rethinking the placement of applications and infrastructure, distributing them as close to the point of data creation as possible to reduce latency and increase response time. This enables real-time insights at the edge to inform decision-making and improve competitiveness.”

Although no definite date has been released, both the server and the rack are expected to be on the market later this year. The company has also rolled out a spate of software platforms to make the server more efficient in its task. Dell EMC’s new Streaming Data Platform (SDP) is a cloud-native piece of software that requires Kubernetes orchestration.