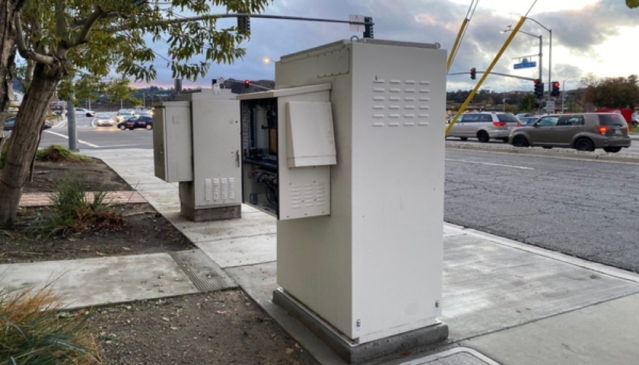 The city of Santa Clarita in California is partnering with traffic management specialist Western Systems to install a long-lasting hydrogen fuel cell back-up power system at a critical intersection.

The system from Altergy will help to keep the intersection running during power outages, including those caused by extreme weather.

The intersection is used by more than 80,000 vehicles per day and is along a fire evacuation route in Los Angeles County’s third largest city.

Rolling brownouts, wildfires and high winds have all caused the intersection to lose power, creating traffic and safety issues for the community. Without a long-term back-up power solution in place, the city had to deploy staff to install generators, stop signs and have parking enforcement officers help direct traffic, which was costly and inefficient.

“The hydrogen fuel cell system is an eco-friendly back-up power unit that can keep the intersection running for days on back-up power.”

Altergy fuel cells are certified by the California Air Resources Board as zero-emission power generators. With no moving parts, there is no hum or noise from the fuel cell cabinet while it is claimed the annual preventive maintenance checklist only includes an air filter replacement for easy maintenance.

Western Systems, Altergy and the City of Santa Clarita worked together to engineer and install the new unit. After the success of this installation, the city is currently seeking additional grant funding to add more units at other intersections.

“This new system is a game-changer and puts the city on the cutting edge of intersection back-up power,” said Zach Hoiting of Western Systems. “With the new unit in place, the city will keep traffic moving safely and efficiently during an outage for an extended period of time.”

Western Systems partners with city, state and county agencies across the western US to implement traffic solutions.