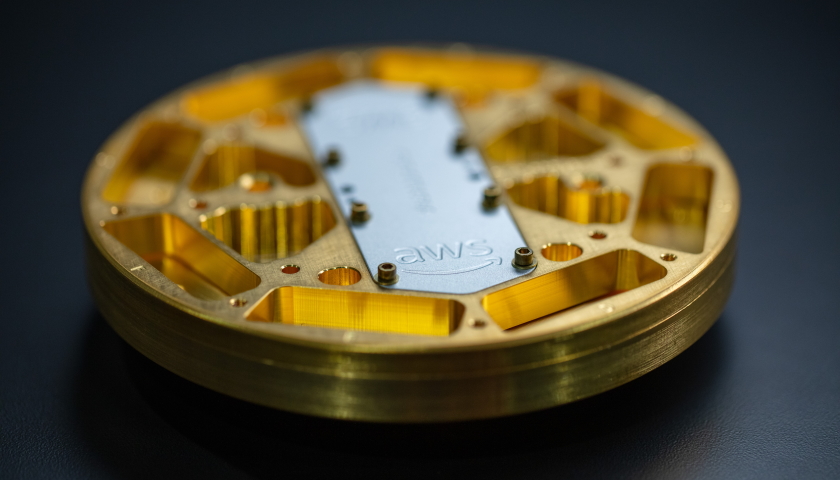 Amazon Web Services has announced the AWS Center for Quantum Networking (CQN), which will research quantum networks and the quantum internet.

The CQN will look at long term issues as quantum computers emerge into reality, and must be connected together to create powerful networks. Quantum networking requires incredibly precise timing and the use of very faint signals consisting of single photons, which will require a whole new class of repeaters and transducers.

The announcement follows AWS’s existing online quantum service Braket, and its Center for Quantum Computing, launched in 2020 and 2021 respectively.

“While quantum computing continues to be a major area of investment and progress for academic and industry researchers alike, it is only one component of a broader class of quantum technologies,” say AWS research scientists Denis Sukachev and Mihir Bhaskar in a blog post. “To unlock the full potential of quantum devices, they need to be connected together into a quantum network, similar to the way today’s devices are connected via the internet.”

Quantum networks essentially distribute “entanglement”, so quantum states useful in one node can be shared in another. This can only be done by sharing single photons of light, and timing measurements very precisely. This will be done using the same fiber optics as today’s Internet, creating a parallel channel alongside classical Internet communications.

“Despite not receiving the same level of attention as quantum computers, quantum networks have fascinating possible applications,” said the researchers. “One of them is enabling global communications protected by quantum key distribution with privacy and security levels not achievable using conventional encryption techniques. Quantum networks will also provide powerful and secure cloud quantum servers by connecting together and amplifying the capabilities of individual quantum processors.”

Beyond these statements, it’s not yet clear what the new center will be doing. Asked by Inside Quantum Computing, if it would be making quantum repeaters, AWS principal research scientist Antia Lamas-Linares said: “We don’t break that information out, especially at such an early stage of the technology. I can share with you that the AWS Center for Quantum Networking will be working directly on quantum hardware relevant to solving the main challenge in the field: how to build a scalable, commercial quantum network.”

Both Sukachev and Bhaskar have joined AWS from Harvard as full-time researchers. The quantum networking center will be based in the greater Boston area.

AWS’ existing Center for Quantum Computing is based in Pasadena, California.