9 years after the first Bitcoin ATM, there are now 38,804 globally 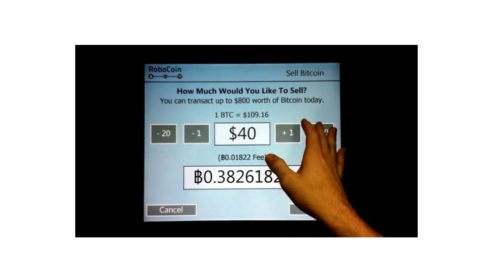 On Oct. 29, 2013, a coffee shop in downtown Vancouver, Canada, opened what is understood to be the world’s first publicly available Bitcoin ATM, operated by Robocoin.

The crypto ATM saw 348 transactions and $100,000 transacted in its first week of operation.

As of Oct. 30, 2022 — nine years and one day on — Robocoin has ceased operations and the first crypto ATM has likely been removed or replaced, but crypto ATMs have continued to increase in number with 38,804 cryptocurrency ATMs in existence today, according to Coin ATM Radar.

The global hub for crypto ATMs has since moved, however, with the United States now housing nearly 88% of the world’s supply of crypto ATMs and taking credit for 90% of all newly installed ATMs over the past few months.

In October alone, 129 of the world’s newly installed ATMs were located in the United States out of a total of 205.

Canada, home to the first crypto ATM, has only seen that number creep to 566 after nine years, though it’s still placing in second at 6.6% of the total, according to Coin ATM Radar data.

Meanwhile, Spain became the third-largest crypto ATM hub on Oct. 22 with its 0.6% share across 215 ATMs.

A July report from Research and Markets estimates the crypto ATM space is now valued at $46.4 million, which will grow more than 10 times to $472 million by 2027, driven by remittances and increased crypto ATM installations.

However, like many crypto-related products, crypto ATM installations have been challenged this year as a result of the crypto bear market.

Crypto ATM installations slowed between January and May before a slight recovery between June and August, but September saw net crypto ATMs drop globally for the first time ever after 459 machines were removed from the global network.

Bitcoin is still the most popular cryptocurrency transacted across crypto-enabled ATMs, with nearly 100% supporting BTC transactions, per Coin ATM Radar. However, other cryptocurrencies also appear to be supported across the network.

Litecoin is popular, with almost 81% of ATMs supporting the crypto, and Ether closely follows at almost 74%. Dogecoin sits in fourth place, with just under 40% supporting the so-called memecoin.

In early October, U.S. authorities warned crypto ATMs were emerging as a popular method for scammers to receive value and defraud victims, most often in “pig butchering” scams where the attacker poses as a potential romantic partner, gaining trust and asking the victim to send them money or, in some cases, cryptocurrency.