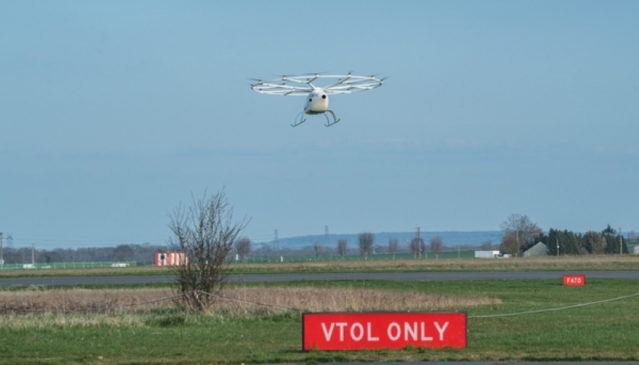 The flights were part of a week-long urban air mobility (UAM) test campaign that will give Volocopter and partners – Groupe ADP and RATP Group –insights for subsequently launching the UAM industry in time for the 2024 Paris Olympic and Paralympic Games.

Volocopter’s full-scale testing prototype, the 2X, was used to perform flight tests at Pontoise airfield in Paris to measure the aircraft’s noise emissions.

The data collected will be used by the company’s partners to shape the future of urban air mobility services in and around Paris.

“We have demonstrated our pioneering power once again here in Paris. By flying our aircraft in a crewed configuration at a Paris airport, we are proving to one of our launch cities firsthand that our aircraft will offer a practical addition for potential airport-to-city routes,” said Volocopter’s chief commercial officer Christian Bauer.

Volocopter flew its first electric vertical takeoff and landing aircraft in France uncrewed at the Paris Air Forum in June 2021. Together with partners, the company is gearing up for commercial launch in the next two- to three years.

The UAM testing sandbox at Pontoise airfield seeks to help address the challenges of this new form of mobility directly by assessing UAM solution use, acceptability, regulations, technologies, and industrialisation. Furthermore, the airfield offers a real and secure aeronautical environment in a suburban area, 35km northwest of Paris.

Volocopter aims to urban air mobility (UAM) to megacities around the world. Its family of eVTOL aircraft will offer passengers (VoloCity and VoloConnect) and goods (VoloDrone) emission-free connections to their destinations, supported by VoloIQ, the UAM ecosystem’s software platform.

Earlier this month, Volocopter raised $170m in the first signing of a series E funding round, which will be used for certification and the commercial launch of electric passenger air taxi in cities around the world.

Funding is being led by led by South Korean investor WP Investment, at a pre-money valuation of $1.7bn.