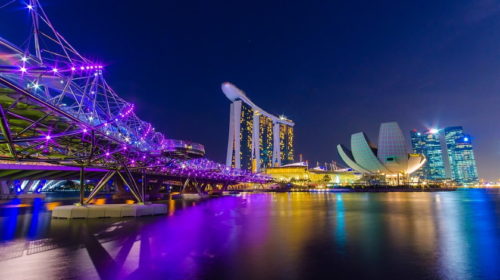 Singapore (1st), Zurich (2nd) and Oslo (3rd) have been named as the leading smart cities in the third edition of the annual IMD-SUTD Smart City Index (SCI).

The SCI is the work of the Smart City Observatory which sees the Institute of Management Development’s (IMD) World Competitiveness Centre (WCC) join forces with the Singapore University of Technology and Design (SUTD) to offer a balanced take on the economic and technological aspects of smart cities on the one hand, and more “humane dimensions” of urban living, such as quality of life, environment, and inclusiveness, on the other.

This year’s survey noted that that city dwellers’ perceptions of how technology is helping to address urban challenges has been highly affected by the pandemic and its acceleration of digital transformation.

“This year’s findings shed light on the tectonic shifts that have disrupted logistical chains and organisational structures worldwide as a result of the Cov-19 pandemic,” said Bruno Lanvin, president of IMD’s Smart City Observatory.

Some 15,000 city dwellers were surveyed globally in July across 118 cities. They were asked how their respective cities were doing regarding health and safety; mobility; activities; work and school; and governance. Statements that they were asked to agree or disagree with included: “Recycling services are satisfactory”, “Public safety is not a problem” and “Air pollution is not a problem”. They were also asked to select five priority areas for their city from a list of 15.

Access to better air quality and to health services has become a greater priority in such smart cities worldwide since the pandemic outbreak, the data found. But worldwide, the number one concern in smart cities is access to affordable housing.

The report also shows that citizens’ concerns seem to change as their cities become ‘smarter’. For example, the cost of housing tends to be a dominant concern in the top-ranking cities whereas lower-ranking ones tend to grant a higher degree of priority to solving issues related to health and safety. Environmental concerns are comparatively higher in richer cities.