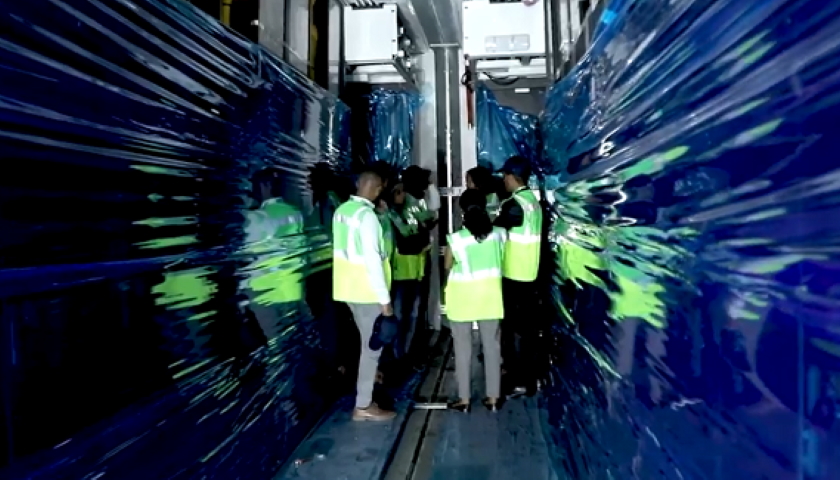 Safaricom is deploying a new prefabricated data center in the Ethiopian capital Addis Ababa, as the telco begins to launch operations in the country.

Anwar Soussa, managing director of Safaricom Ethiopia, said late last month the company’s first data center has arrived in Addis and the company is working on its network rollout.

“At such a monumental time where we are building our network, we are committed to bringing the best telecom technology to Ethiopia. We have invested 100 Million USD in our first Data Center in Addis,” the company said in a LinkedIn post.

While the company didn’t share specifics around specifications, Pedro Rabacal, chief technology officer at Safaricom Ethiopia, said the facility ‘started off in China’ and was built there over a number of weeks before being delivered to the capital via boat.

He added the company is investing around $300 million into the country in 2022 and more data centers will be rolled out as the network grows.

“We need a number of data centers across Ethiopia to be able to cover the whole territory,” he said. “First we will expand to Adama, then Dira Dawa, and then further out.”

The deployment comes as Safaricom looks to launch commercials services in the country and become Ethiopia’s second telecoms operator.

Until last year the government-owned Ethio Telecom operated with a monopoly on the sector. However, in May 2021 a consortium led by Kenya’s Safaricom, Vodafone, and Japan’s Sumitomo were awarded a license to operate in the country.

The consortium, which included development finance agency CDC Group, paid $850 million for the license and plans to invest more than $8 billion in the country’s digital infrastructure. The telco will officially launch services in the coming months.

MTN was also in the bidding to win the operating license, but lost to the consortium bid. The Government is also looking to sell off a stake in Ethio Telecom, with Orange reportedly being interested in bidding. It had also been looking to issue a license for a third operator to enter the country, but has since postponed the plans.