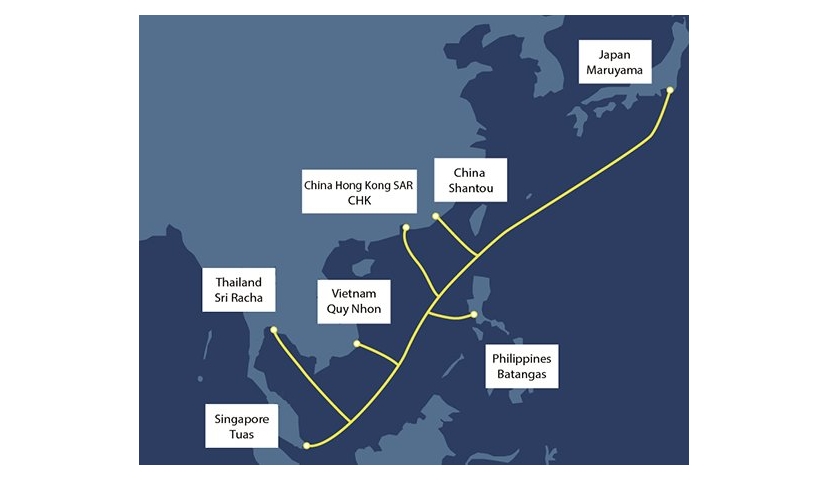 Expected to be completed by the fourth quarter of 2022, the cable will feature multiple pairs of high capacity optical fibers and can carry more than 140Tbps of traffic.

“The ADC system provides the highest cable capacity and necessary diversity for Asia’s key information hubs, which will enable carriers and service providers to better plan their networks and services for a sustainable development,” said China Telecom’s Chang Weiguo.

SoftBank’s Koji Ishii added: “This new system will contribute to drive the Asian ICT business growth as one of the core infrastructures in the region and to meet the evolving marketplace. As a leading submarine cable system vendor, NEC has successfully provided many trans-Asia submarine cable systems, making the company the most reliable choice for the ADC supply partner.”

NEC has been involved with the deployment of multiple submarine cable systems in the Asia Pacific region over the years, including the 16,000km Bay to Bay Express Cable System (BtoBE), the 10,500km Southeast Asia-Japan 2 consortium (SJC2) and the 9,500km Japan-Guam-Australia cable system (JGA).