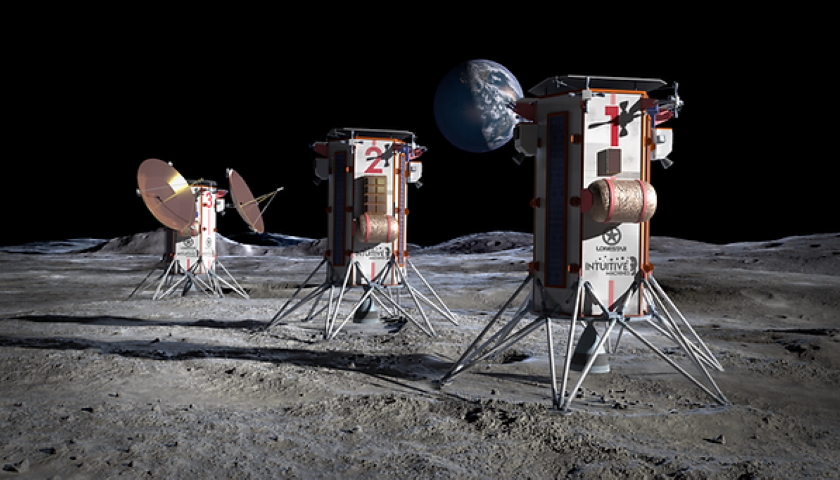 A small startup that plans to build data centers on the Moon hopes to use lava tubes to hide from the vicissitudes of the lunar surface.

Christopher Stott, founder and CEO of Lonestar, told The Register that the tubes would be perfect for its planned off-world backups.

The company, which came out of stealth last month and raised $5 million, hopes to deploy data storage on the Moon as a way to keep it protected from any Earth-based calamity.

It has signed two contracts with Intuitive Machines to join the company’s attempted lunar landing. For the first launch, currently set for the end of 2022, Lonestar will run a software-only test, storing data on the Nova-C lander.

The second test, planned for some time next year, will see Intuitive Machines attempt to land on the Moon’s South Pole, carrying scientific equipment and a small Lonestar device.

The size of a hardback novel, and weighing one-kilogram, the storage device will have 16 terabytes of memory.

“[We will be] performing upload and download tests (think refresh and restore of data), and performing Edge processing tests of apps as well. It will be running Ubuntu,” Stott told The Register.

The company has turned to Skycorp to build the prototype, as well as any larger data centers that may come in the future. Skycorp built the RISC-V-based web server that is currently operational on the International Space Station.

But those larger data centers will need to be shielded from the Moon’s dramatic temperature changes on the surface, going from 222.8°F (106°C) during the day to -297.4°F (-183°C) at night, as well as electromagnetic radiation.

The company hopes salvation lies in lunar lava tubes – which are the remnants of basaltic lava flows. But while we can see ‘skylights’ – that is, places where the roof of the tube has collapsed – on the surface of the Moon, we have yet to explore the tunnels.

Both the European Space Agency and NASA have plans to send robots into the tubes to map what is inside, but none have concrete target dates. The ESA’s Concurrent Design Facility project could see robots lowered into lunar pits by 2033.

While Lonestar has a long road ahead, others are also looking to bring compute to the Moon.

Last year, we spoke to Thales Alenia Space about NASA-backed efforts to build a data center on the Moon. If and when the facility is live on the Moon, it will connect to Nokia’s Moon-based cellular network. Both will form part of LunaNet, which we profiled in detail in 2021.