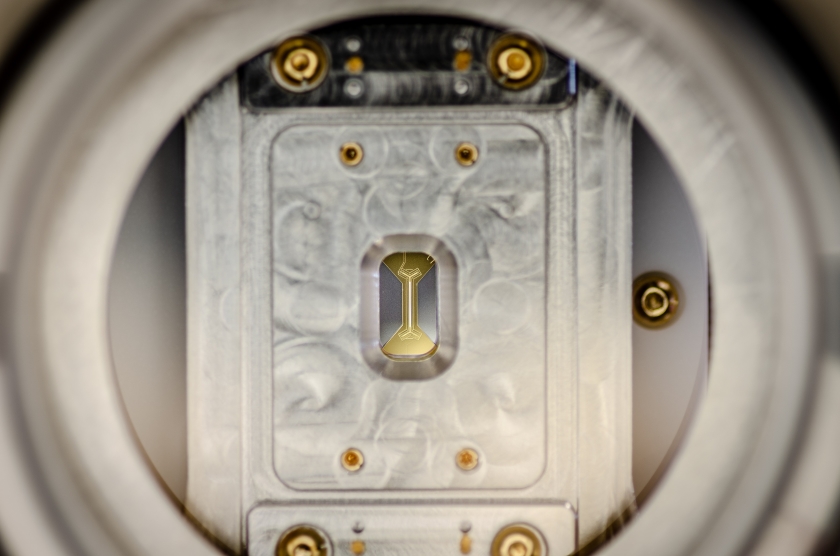 The company, which launched its own data center just a few months ago, is developing trapped ion quantum systems that require a smaller cooling footprint than the supercooled superconducting systems embraced by Google, IBM, and others.

“By 2023, IonQ will deploy modular quantum computers small enough to be networked together in a data center, and by 2025, we expect to achieve broad quantum advantage,” CEO Peter Chapman said in a blog post.

“The chip itself is now down to about the size of a half-dollar, so our goal is to get it to a rack-mounted system,” Chapman told DCD.

The company is currently working on three different generations of the quantum computer in tandem, “because we’re in a space race,” Chapman said.

“I think this time is kind of like the ’80s, where at the time there was RISC versus CISC, and every company had a presentation that said they were better, had a better manufacturing process, they had better numbers of transistors, – no one knew what how the hell you figure out which is the right architecture,” Chapman said. “I would just kind of ignore most of the noise of all those things.”

Now, IonQ is releasing its own benchmark – the Algorithmic Qubit Calculator, which is defined as the largest number of effectively perfect qubits you can deploy for a typical quantum program.

The company hopes to replace the Quantum Volume measurement pushed by IBM.

“It’s a similar idea to Quantum Volume, but takes error-correction into account and has a clear, direct relationship to qubit count,” Chapman said.

“IonQ’s roadmap is based on the AQ metric. For the next few years, IonQ will focus on improving the quality of our quantum logic gate operations to continue to increase system AQ (i.e. usable qubits). Then, IonQ will focus on implementing quantum error correction with low overhead and scaling the number of physical qubits to substantially boost system AQ further.”