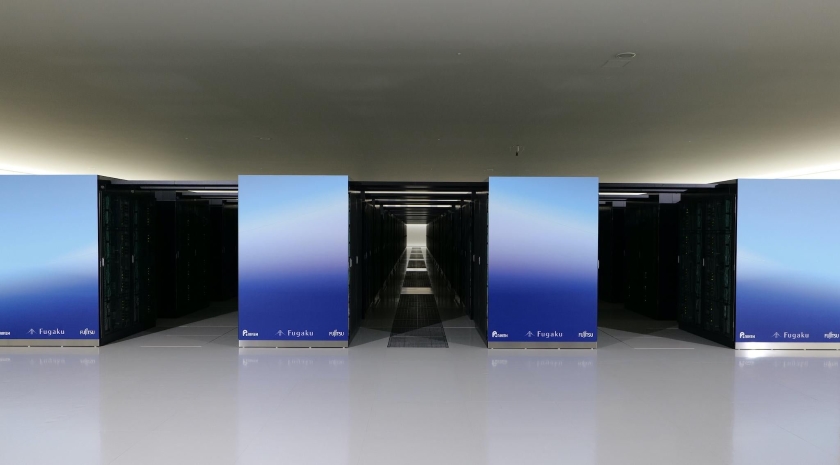 Fugaku is still the world’s most powerful supercomputer in the latest Top500 ranking of HPC systems.

Two new systems broke into the top 10 of the charts, but the full list recorded the smallest number of new entries since the project began in 1993. The aggregate performance of all 500 systems grew to 2.43 exaflops from 2.22 exaflops in its June listing.

Japan’s Fugaku took the top spot in June, when it had 7,299,072 cores. That has now been increased to 7,630,848 cores, with the Arm A64FX supercomputer now capable of a record 442 petaflops on the High Performance Linpack benchmark, up from 416 petaflops.

That puts the system at roughly three times the power of the next fastest system, Oak Ridge’s Summit supercomputer – which manages 148.8 petaflops across its 4,356 nodes, each one housing two 22-core Power9 CPUs and six Nvidia Tesla V100 GPUs.

Next is China’s most powerful supercomputer, the Sunway TaihuLight. Installed at the National Supercomputing Center in Wuxi, it features Sunway SW26010 processors and achieves 93 petaflops on HPL.

At number five is the most powerful corporate-owned supercomputer, Nvidia’s Selene supercomputer. Featuring DGX A100 SuperPODs with AMD Epyc processors, Selene has a benchmark performance of 63.4 petaflops, after it was upgraded earlier this year.

China again features at number six, with the Tianhe-2A (Milky Way-2A) supercomputer developed by China’s National University of Defense Technology and deployed at the National Supercomputer Center in Guangzho. It is powered by Intel Xeon CPUs and NUDT’s Matrix-2000 DSP accelerators and achieves 61.4 petaflops on HPL.

A new supercomputer debuts at number seven in the Top500, the JUWELS Booster Module. The Atos-built BullSequana machine was installed at the Forschungszentrum Jülich (FZJ) in Germany earlier this year. As the most powerful system in Europe, it is capable of 44.1 petaflops.

And, finally, rounding out the top 10 is a new system from Saudi Aramco. The world’s largest fossil fuel company’s Dammam-7 is an HPE Cray CS-Storm system using Intel Gold Xeon CPUs and Nvidia Tesla V100 GPUs, and managed 22.4 petaflops on the HPL benchmark.

PrevPreviousYouTube Launches Audio Ads to Reach Users Tuning in via Audio Only
NextCBRE: US data center market to grow by 13.8% in 2021Next