Ericsson Mobility Report: 5G will be ‘mainstream’ in 2027 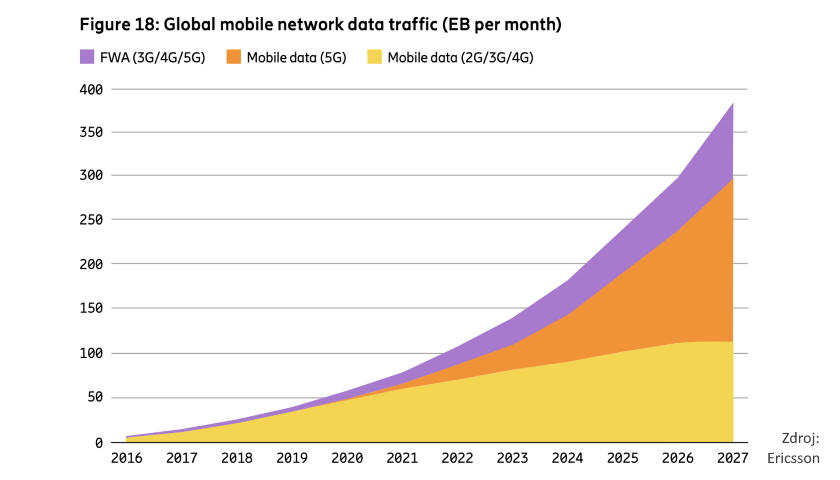 Ericsson estimates that 5G will account for 49% of all mobile subscriptions globally and 90% of those in North America by 2027
According to the latest Ericsson Mobility Report, 2027 will be the year that 5G’s growth is truly evident across the globe, and 5G subscriptions will be “mainstream in every region.”

The report estimates that 5G will account for 49% of all mobile subscriptions globally and 90% of those in North America by 2027, making it the fastest deployed mobile generation to date. By this time, 5G subscriptions will hit an estimated 4.4 billion.

The third quarter of 2021 saw global net additions of 98 million 5G subscriptions, compared to 48 million new 4G subscriptions. The report estimates that, at the end of 2021, 5G networks will cover more than two billion people.

While 4G subscriptions did increase this past quarter even in the face of 5G’s impending dominance, they are projected to peak at 4.7 billion in Q4 2021, then decline to around 3.3 billion by the end of 2027 as subscribers migrate to 5G, according to the report.

When it comes to mobile data traffic, the report found that there has been an almost 300-fold increase since 2011, the year in which the first Mobility Report was published, driven primarily by smartphones and video streaming. Specifically, in Q3 2021, mobile network data traffic was up 42%, year-on-year, accounting for approximately 78 exabytes (EB), including traffic generated by Fixed Wireless Access (FWA) services. In this quarter alone, mobile data traffic was more than all mobile traffic ever generated up until the end of 2016.

In the report’s introduction, Fredrik Jejdling, executive vice president and head of Business Area Networks at Ericsson wrote: “When we lift our gaze to 2027 and consider the 5G subscription forecast, which estimates that around half of all mobile subscriptions will be for 5G at that time, it is clear that underneath the numbers lies a continuous change in how we act, live and work.”

He added that 5G is “entering a new phase” that will benefit not just consumers, but also businessess and industries.

“No doubt, the pace of change will continue to be high,” he said, “and 5G will play a key role in our lives.”