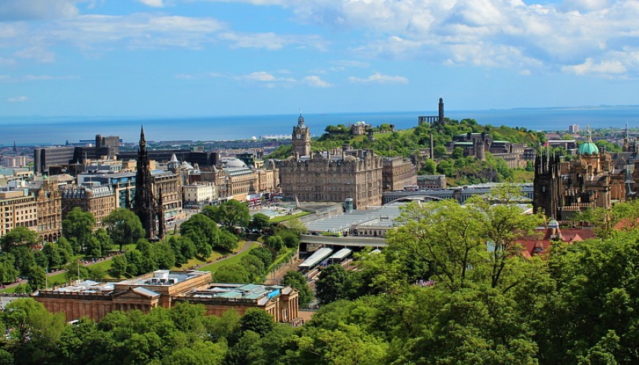 Edinburgh has begun a roll-out of on-street electric vehicle charging. The programme is being funded by £2.2m award through Transport Scotland’s Switched on Towns and Cities Challenge Fund.

The Scottish capital said its transition to clean, low emission transport like electric vehicles is critical if it is to meet its net-zero 2030 target.

Preliminary work is also underway to install an additional 41 rapid and fast chargers – amounting to 72 charging bays – at on-street locations in residential areas around the capital. These will be complete and available for use by early summer.

While use of existing chargers is currently free, charging tariffs, as agreed by the council as part of the budget-setting process are to be introduced in May. Any revenue generated will be used to fund the ongoing costs associated with electric vehicle charging infrastructure, the city council reports.

The city council is looking at future locations for electric vehicle chargers using data from two Energy Savings Trust studies and has developed a scoring framework. As part of this several potential new locations for chargers have been identified for investigation, subject to funding.

“Our Switched on Towns and Cities funding is transforming Edinburgh’s provision of charge points, not only at key park-and-ride sites, but also through 72 new on-street charging bays at various locations across the city.

She continued: “This will improve air quality and protect our climate – directly supporting our commitment to phasing out the need for new petrol and diesel cars and vans by 2030.”

Neil Swanson, director of Electric Vehicle Association Scotland, is hopeful that Edinburgh’s effort will be replicated across the whole of Scotland. He said: “What we are experiencing today is a seismic change towards low emission transportation.

“As Scotland forges ahead with ever increasing numbers of electric vehicle sales month-on-month, it is important that the country’s public charging infrastructure simultaneously meets the rising demand for a range of suitably located charge points.

He continued: “As the Scottish Government and Transport Scotland have already indicated in their recently announced commitment to meeting these challenges, there is an urgent need to keep pace with the rapid uptake by those who see the financial as well as the environmental benefits of going all-electric.”