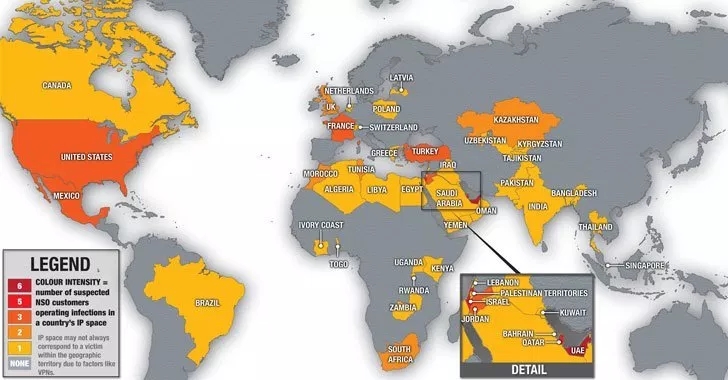 On Tuesday, the chief executive of London’s Serpentine Galleries, Yana Peel, resigned following the revelation of the Guardian newspaper about her links to the Israeli surveillance firm NSO Group.

According to the newspaper, Yana Peel is the co-owner of the controversial Israeli company. The board of trustees of the galleries has accepted Peel’s resignation.

“The head of the Serpentine Galleries has resigned after the Guardian revealed she is the co-owner of an Israeli cyberweapons company whose software has allegedly been used by authoritarian regimes to spy on dissidents.” reads the post published by the Guardian.

“On Tuesday, Yana Peel announced she was stepping down as the chief executive of the prestigious London art gallery so the work of the Serpentine would not be undermined by what she called“misguided personal attacks on me and my family”.

Last week, the Guardian revealed that Yana Peel is one of the owners of the private equity firm Novalpina Capital, co-founded by Peel’s husband, Stephen, that has the majority of the shares in NSO Group.

“I have decided I am better able to continue my work in supporting the arts, the advancement of human rights and freedom of expression by moving away from my current role.” Peel said

The principal product of the NSO Group is a surveillance software called Pegasus, it allows to spy on the most common mobile devices, including iPhones, Androids, and BlackBerry and Symbian systems.
NSO Group Pegasus spyware
Pegasus is a perfect tool for surveillance, it is able to steal any kind of data from smartphones and use them to spy on the surrounding environment through their camera and microphone.

The NSO Group operated in the dark for several years, until the researchers from the Citizenlab organization and the Lookout firm spotted its software in targeted attacks against UAE human rights defender, Ahmed Mansoor.

The researchers also spotted other attacks against a Mexican journalist who reported to the public a story of the corruption in the Mexican government.

NSO replied that its surveillance solution was “intended to be used exclusively for the investigation and prevention of crime and terrorism.”

People familiar with the NSO Group confirmed that the company has an internal ethics committee that monitors the sales and potential customers verifying that the software will not be abused to violate human rights.

Officially the sale of surveillance software is limited to authorized governments to support investigations of agencies on criminal organizations and terrorist groups.

Unfortunately, its software is known to have been abused to spy on journalists and human rights activists.

The traces collected by Amnesty International was corroborated by the findings of the investigation conducted by researchers at the internet watchdog Citizen Lab.

Citizen Lab collected evidence of attacks against 175 targets worldwide carried on with the NSO spyware. Citizen Lab uncovered other attacks against individuals in Qatar or Saudi, where the Israeli surveillance software is becoming very popular.

“The work of the Serpentine – and its incomparable artistic director – cannot be allowed to be undermined by misguided personal attacks on me and my family. These attacks are based upon inaccurate media reports now subject to legal complaints.” Peel said. “I have decided I am better able to continue my work in supporting the arts, the advancement of human rights and freedom of expression by moving away from my current role,” it continued.”