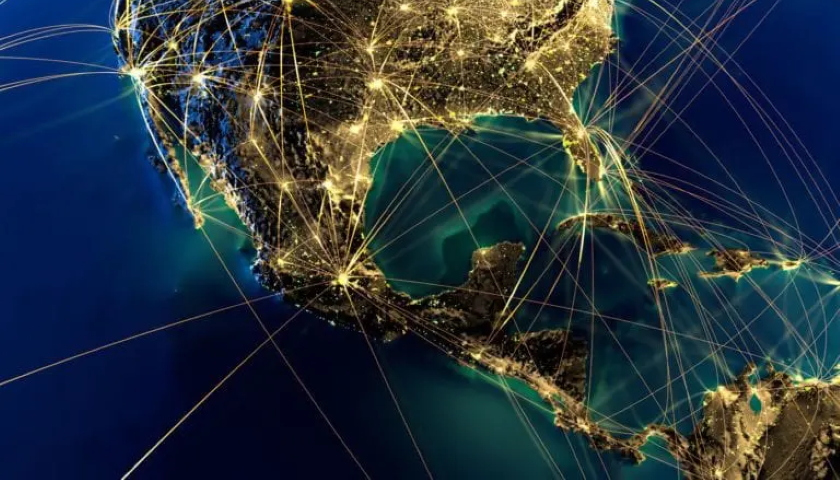 Mexican telecom group America Movil’s 5G network currently reaches 40 cities across the country, the company’s CEO Daniel Hajj said during a conference call with investors. The executive said that they are seeing a solid migration of users from 4G to 5G, which is increasing the telco’s Average Revenue Per User (ARPU).

Hajj also said that America Movil expects to reach the main cities in Mexico and Brazil with 5G by the end of this year and noted that the telco was also considering the possibility to offer 5G FWA technology in the Brazilian market.

American Movil’s COO Oscar Von Hauske previously said that the telco aims to have nearly 100 Mexican cities covered with 5G technology by the end of this year.

The company, which operates in the mobile telephony segment through the Telcel brand, initially launched 5G in Mexico City, Monterrey, Guadalajara, Tijuana and Puebla, among other cities.

Hajj said that the launch of 5G in Colombia will take more time as America Movil currently do not have frequencies to launch this technology.

Rival operator AT&T Mexico had initially launched 5G services in Mexico in December last year using spectrum in the 2.5 GHz band, with initial coverage limited to the Cuauhtémoc and the Napoles districts in Mexico City. In May, AT&T Mexico announced its 5G network has been launched in Mexico City, Guadalajara and Monterrey. The telco said it expects its 5G network infrastructure to reach 25 new cities across Mexico before the end of 2022.

Earlier this month, Nokia said that it was also selected as a strategic partner for AT&T Mexico’s 5G Innovation Lab with the aim of exploring the development of 5G use cases suited for Mexico. The project is underway and expected to conclude later this year.

Under the deal, Nokia will provide equipment from its energy-efficient 5G AirScale RAN portfolio, powered by its latest ReefShark System-on-Chip chipset. Nokia will also provide connectivity for 3G and 4G LTE services using the same hardware while offering an upgrade path to 5G.

“We are starting our plan to do tests and start the deployment as well. We are going to use the coverage that AT&T uses, as they launch in these cities we will launch the service,” Camilo Aya, CEO of Telefónica Movistar México said. The executive also said that the telco is in process to evaluate 5G plans, market conditions and the technological infrastructure necessary to support the network in Mexico.

Earlier this year, Mexican telecommunications regulator IFT had confirmed that the 5G spectrum auction for mobile services will take place during 2022.

The 5G auction was included in the watchdog’s 2022 work plan, which outlines the bidding process for spectrum blocks in the 600MHz, 3.3GHz and 3.5GHz bands, as well as the L band.