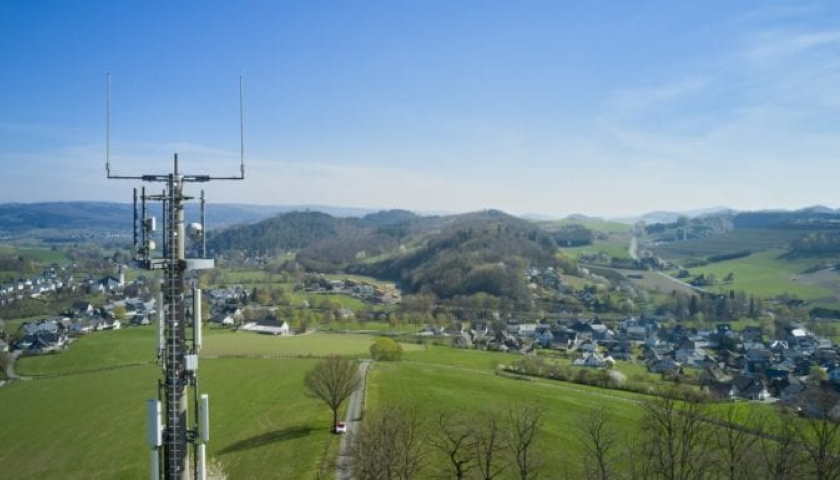 Over 53% of the German territory is covered by at least one provider supplying 5G as of the end of October, according to data from the Federal Network Agency (Bundesnetzagentur).

The frequencies in the 3.6 GHz bands, auctioned off in 2019 and used exclusively for the provision of 5G services, have initially been used by network operators in urban areas of Germany, so high speeds are mainly available in metropolitan areas, the regulator said.

“In order to achieve a high area coverage with 5G, mobile operators Deutsche Telekom and Vodafone in particular use the technology called Dynamic Spectrum Sharing (DSS). The existing 4G infrastructure is also used for 5G and the cellular spectrum is split between the two technologies as required,” the regulator added.

According to the official data, nearly 96% of the territory is currently covered with 4G technology.

The regulator also said that the shutdown of 3G technology, which began at the beginning of the year, is almost complete. “At the end of October 2021, around 13.3% of the territory was still covered by 3G . Telekom and Vodafone switched off their 3G networks completely in the summer. Telefónica is expected to have completed this step by the end of the year. The frequencies freed up as a result are used for the more powerful 4G and 5G networks,” the regulator added.

Earlier this year, Vodafone Germany launched its 5G Standalone (SA) network in partnership with Ericsson, Nokia, Qualcomm and OPPO. The executive said that the entire 5G network will rely on Standalone architecture by 2023.

Vodafone has already upgraded 3,000 sites to SA 5G.The new network was initially launched in some major cities including Frankfurt, Berlin, Frankfurt, Hamburg, Munich and Düsseldorf. The telco had previously said that it aims to have 4,000 live sites in the 5G SA network by the end of the year.

Deutsche Telekom recently said over 87% of the country’s households can now access its 5G network.

Walter Goldenits, managing director of technology at Telekom Deutschland, said that Deutsche Telekom expects to launch its 5G Standalone (SA) network in the country, depending on the use cases for the technology as well as the availability of devices.

The executive noted that the carrier continues to expand its 5G network in the 3.6 GHz band but said that it will take time to deploy it to reach certain areas in the country.

Deutsche Telekom has previously said that its 5G service based on 3.6 GHz frequency is already available in around 50 cities across the country, where the telco already deployed over 1,800 antennas.

The German telco had previously said that it expects to deploy a total of 60,000 5G antennas by the end of 2021 to provide this technology to 90% of the country’s population.

PrevPreviousWhat will be the key features of 6G?
NextMicrosoft adds Rigetti quantum computing to Azure cloudNext